Toyota driver Kamui Kobayashi has admitted he is demotivated for his home FIA World Endurance Championship race at Fuji due to the new system of LMP1 success handicaps.

The Japanese driver believes the penalties designed to slow the #7 Toyota TS050 Hybrid he shares with Mike Conway and Jose Maria Lopez by 1.4 seconds a lap for this weekend's second round of the season leave them with little chance of winning the race.

Toyota's #8 car, which finished second behind the #7 machine at the Silverstone series opener last month, has been penalised to the tune of one second, but Kobayashi suggested that the performance gap between the two TS050s was more than four tenths.

"I’m less motivated in the end, because what we can do?" he said. "If you’re a second off a lap, you are maximum second, maybe third — what is there to fight for?

"The gap to the sister car is like more than six tenths; I would say nearly eight tenths.

"Now with the teammate there is no chance, because [without handicaps] we were always fighting after four hours, five hours, six hours… even with four tenths it’s gonna be hard, but when you see nearly eight tenths… what should I do, really?"

Kobayashi made his comments after opening practice session, during which his best time was almost exactly four tenths down on Sebastien Buemi's fastest lap in the #8 car, although the #7 had a faster theoretical best lap.

The fastest times set by the two Toyotas in FP2 were not comparable because the #8 undertook a qualifying simulation run and the #7 did not.

Toyota Motorsport GmbH technical director Pascal Vasselon reserved judgement on whether the penalties imposed on the two TS050s have slowed them by the intended amounts.

"At the moment it is too early to correlate the exact handicap we have received compared with what we were expecting because we are still tuning the systems," he told Motorsport.com.

The extent of the penalties, based on the points differentials between the LMP1 cars in the championship, has been revised since they were announced ahead of the Silverstone race.

It was intended that each car would be slowed by 0.008s per kilometre for each point that it leads the last-placed P1 entry in the championship.

This has been revised upwards to 0.012s after the performance differential between the P1 field at the 2019/20 WEC opener proved to be bigger than expected.

Asked if that had come as a surprise to Toyota, Vasselon replied: "Partly, yes, but in the end we are happy with the idea of success handicaps and this is a tuning of the concept."

The Toyotas have been slowed with a reduction in fuel flow parameters and hybrid power, while the Rebellion and Team LNT Ginetta entries have been penalised with weight.

The unpenalised LMP1, the so-called reference car, at Fuji is the #6 Ginetta G60-LT-P1.

Ginetta's #5 car, which finished fourth at Silverstone, has been slowed by 0.66s in relation to its sister car, although SMP Racing-backed Egor Orudzhev set the British marque's fastest time in that car during second practice. 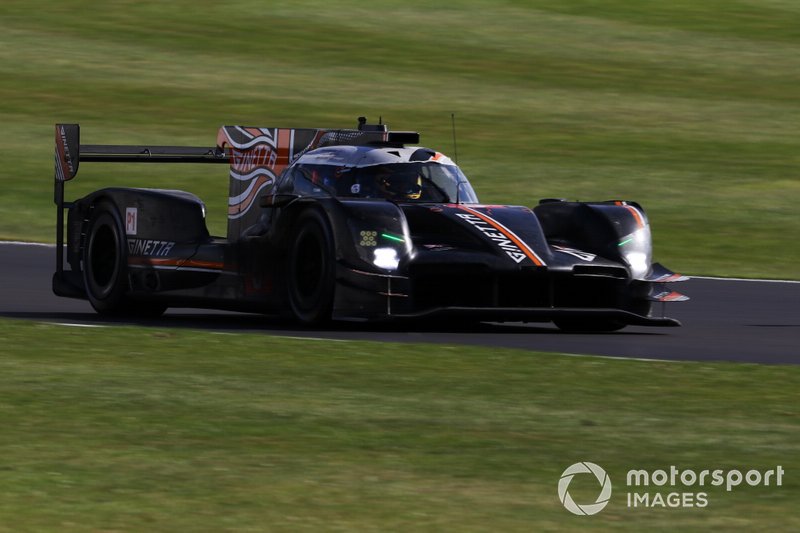