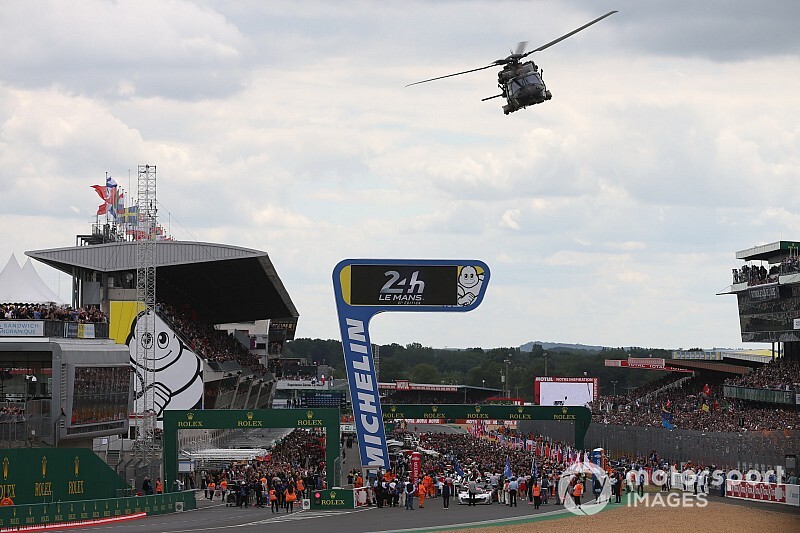 The new LMDh class that will allow cars from the IMSA WeatherTech SportsCar Championship to race in the FIA World Endurance Championship is the first step towards common rules across both series.

IMSA and WEC promoter and Le Mans 24 Hours organiser the Automobile Club de l'Ouest outlined a vision on the LMDh announcement on Friday for a further convergence of the regulations by the middle of the new decade.

The LMDh cars, based on the next generation of LMP2 machinery, will be able to go up against LM Hypercars in the WEC from the start of the 2021/22 season before coming on-line in IMSA in 2022, but both organisations have stated that the longer-term aim of their latest accord is to create one set of rules.

The earliest it is likely to happen would be 2025 after the initial five-year commitment to the LM Hypercar class that kicks off this September at the beginning of the 2020/21 WEC campaign.

ACO president Pierre Fillon told Motorsport.com: "The dream is to have only one category with the same design and the same performance.

"The target is to have only one class in the end, in addition to hydrogen cars [a class for which will be introduced at Le Mans in 2024]."

IMSA president John Doonan explained that there was a will on both sides for the process of convergence to continue beyond the life-cycle of the LMDh and LM Hypercar regulations.

"I would say everyone up here to today [on the stage during the IMSA/ACO announcement in Daytona] hopes that the ultimate outcome is one, single formula," he said.

"But over the next few years we are going to see a convergence: I think that would be a dream come true."

The LM Hypercar class will allow for pure-bred prototypes such as the car under development by Toyota and Aston Martin's 2020/21 contender based on its road-going Valkyrie to race together.

The different cars, which can be hybrid or non-hybrid under the twin sets of regulations, will be equated by a system of Balance of Performance similar to that used in the GTE classes.

The BoP will then be employed to ensure that the LMDh cars are at the same level, but Doonan said that the intention was to "get the cars as close as we can" from the outset.

He explained that this might allow for LM Hypercars to race in the IMSA series and at its blue riband enduros at Daytona (Rolex 24) and Sebring and the Petit Le Mans 10-hour race at Road Atlanta.

"The fact that we have this official alliance as of today means there is a common vision to do the right thing for the industry," he said. "You never know."

Fillon stressed that there is a desire for LM Hypercars to be able to join the IMSA series, but he explained that no decision will be made until the LMDh rules have been finalised and then announced over the Sebring IMSA/WEC double-header weekend in March.

"It is too early to know, but why not?" he said. "You will have to wait until Sebring to have the technical details."