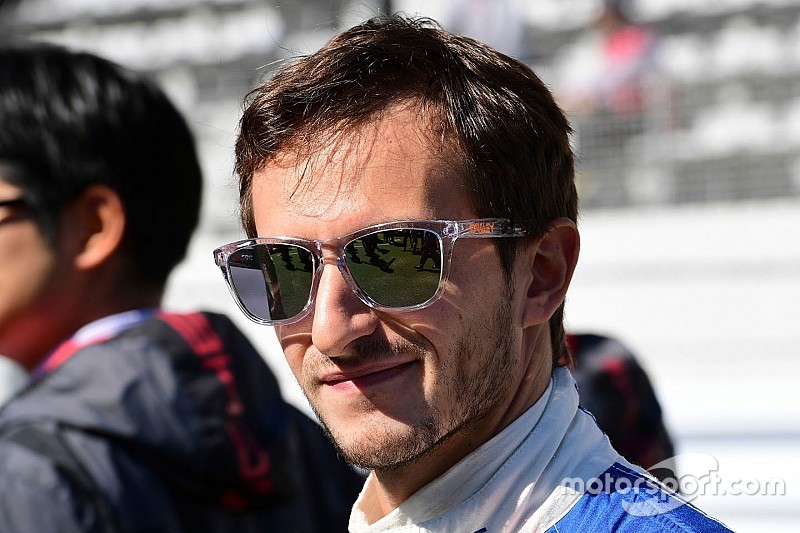 Richelmi returns to the WEC's LMP2 ranks after a year out racing in the Blancpain GT Series Endurance Cup, having been class champion in 2016 alongside Nicolas Lapierre and Gustavo Menezes at the Signatech Alpine squad.

The Monegasque racer partners the previously-confirmed Ho-Pin Tung and Gabriel Aubry in DC Racing's #38 Oreca 07, which is run by the Jota Sport outfit.

"I’m delighted to be part of the team for the WEC superseason," said Richelmi, who took the 2017/18 Asian Le Mans Series crown with DCR alongside Thomas Laurent and Harrison Newey.

"I’ve been close to David [Cheng, team co-founder] and Ho-Pin since we met in Alpine two years ago, I really appreciate them. They work hard together with Jota Sport to become a reference in endurance races.

"While we together already won the Asian Le Mans, it was a kind of new starter: big things are now coming. I can’t wait to come back in this great championship after a difficult year with the GTs, and endurance suits me well."

DCR's sixth seat was the last one to be filled in the seven-car LMP2 field for the 2018/19 WEC campaign.

G-Drive Racing will boost the field to eight for next month's Spa opener with an Oreca 07 for Roman Rusinov, Jean-Eric Vergne and a to-be-confirmed third driver.

* Duval may be forced to skip the Spa opener due to a DTM clash, but this is yet to be confirmed