The three drivers that will take on the FIA World Endurance Championship for the Lotus LMP2 team have been announced. Thomas Holzer, Luca Moro, and Mirco Schultis will aim to place the British-based manufacturer on the podium in the newly formed challenge for the 2012 season. The Lotus engine will be housed in a Lola B12/80 Coupe.

With their first race only weeks away at the historic Sebring International Raceway in Florida, the three drivers are more than ready to get in the prototype cockpit for the WEC and American Le Mans Series season opener, the Twelve Hours of Sebring! 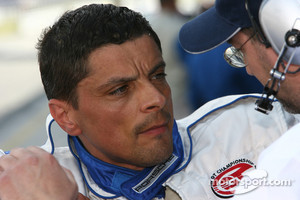 Holzer hails from Germany where he contested Formula 3, and as seen in the past, the single seater racers have easily adapted to the fast and sleek prototype specially built racing machines. Moro’s background is in sportscar racing, including his years in FIA GT Championship, the Le Mans Series’ Formula Le Mans class plus the Italian has competed in the ALMS. German driver Schultis has many endurance races under his belt including the famous Nurburgring 24 hour race in his homeland and the 24 hour race in Daytona.

Lotus stated in their press release: “The team is happy to have Thomas, Mirco and Luca on board for the first season in FIA WEC and is eager to become a real challenger in this exciting and competitive new series.”

Aston Martin Racing ready to take on the world with Vantage

Lotus LMP2 first day at the 6 Hours of Fuji

Lotus LMP2 Preview to the 6 Hours of Fuji