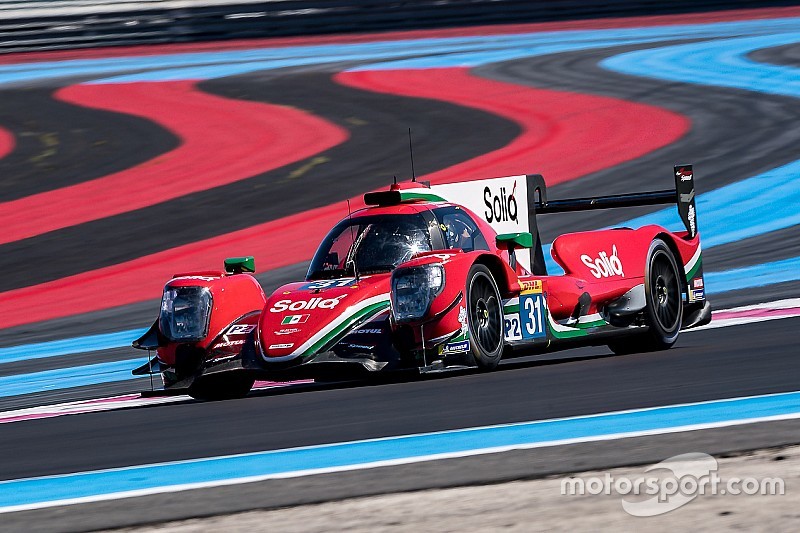 One-time Formula 1 race winner Pastor Maldonado has admitted he was surprised by the performance of the DragonSpeed LMP2 car after testing it for the first time at Paul Ricard earlier this month.

"It was my first time in a prototype car and I was a bit surprised by the performance of the car," Maldonado told Motorsport.com after setting his session-topping time.

"There is good power as well, it's a very balanced combination. It's a proper racing car. Let's say it's better than expected for me.

"I expected something different from the car, but I saw [during the Prologue] the car is responding and at the same time is quick.

"Downforce is [at a] very good level for the car. The [whole] package, the engine, tyres, aerodynamic side, is working together.

"Of course it's early days and we need more mileage, to [get to] know each other as a team. I'm a rookie here, so I need to learn."

Since losing his Renault drive on the eve of the 2016 F1 season, Maldonado had been linked to seats in numerous series, notably entering into talks with the now-defunct KV Racing IndyCar operation.

Asked why he chose the WEC and the LMP2 class for his racing return, the 33-year-old said it was the professionalism of the DragonSpeed team in particular that proved to be the decisive factor.

He wouldn't be drawn on whether he could foresee a long-term future for himself in sportscar racing, however.

"The project is looking very good," said Maldonado, who will share the DragonSpeed car with Roberto Gonzalez and Nathanael Berthon for Spa and the Le Mans 24 Hours before Anthony Davidson joins for the remainder of the 2018/19 superseason.

"In the team we have a very strong driver line-up, very professional. The engineers are also very experienced and I really understood them immediately, which is very positive.

Maldonado added he was enjoying the atmosphere within the WEC, which he said was a marked contrast to the often-heated F1 paddock.

"It's great," he said. "It's much more relaxing [than F1]. Also the approach from the team is very professional but at the same time very cool."