Ginetta cuts back to single car for Fuji WEC round 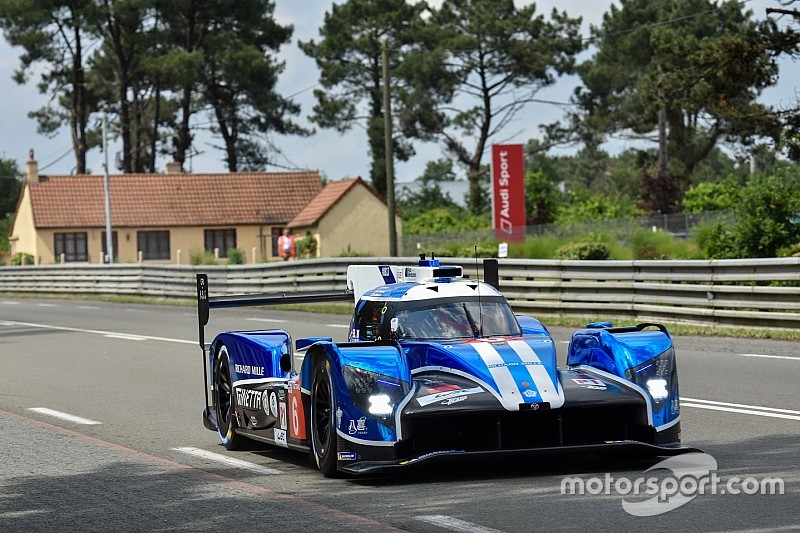 The CEFC TRSM Racing LMP1 team will return to the FIA World Endurance Championship for next month's Fuji round with a single Ginetta G60-LT-P1.

Oliver Rowland, Alex Brundle and Mike Simpson are the nominated drivers for the #6 Ginetta entry for the Japanese event, with Simpson moving across from the #5 car - which is absent from the entry list - to replace Oliver Turvey.

It will be the squad's first race with AER engines after it decided to part ways with previous supplier Mecachrome in the wake of a difficult Le Mans 24 Hours.

The switch led to the team having to skip last month's Silverstone race altogether, as it missed the deadline to apply to the FIA Endurance Committee for dispensation for a model change.

Ginetta's return from its Silverstone absence bumps the LMP1 entry for Fuji up to nine cars, for a total grid of 35 across the four classes.

ByKolles has yet to announce who will partner regular driver Oliver Webb for the event, after it ran part-time IndyCar racer Rene Binder at Silverstone in a two-driver line-up.

Pietro Fittipaldi will also make his return to the DragonSpeed squad for the first time since breaking both legs in a heavy crash during qualifying for the season-opening Spa race, replacing Renger van der Zande in the #10 BR1.

The Fuji entry list also confirms Augusto Farfus will not race for BMW in Japan as he prioritises the DTM season finale at Hockenheim. His place in the #82 M8 GTE will be taken by Tom Blomqvist.

Loic Duval is also skipping Fuji to race at Hockenheim for Audi, and will be replaced in the #28 TDS Racing Oreca LMP2 by Jean-Eric Vergne.