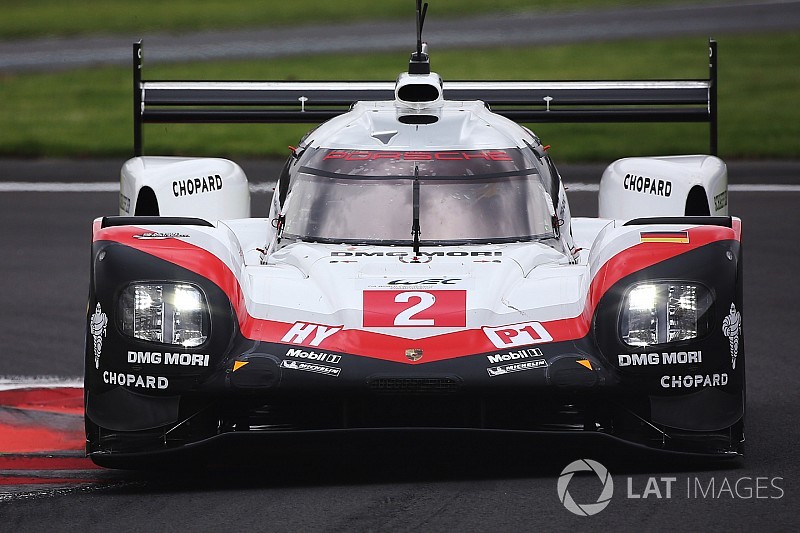 Porsche blocked out the front row for the first time over a year in qualifying for this weekend's Mexico City round of the FIA World Endurance Championship.

Brendon Hartley and Timo Bernhard combined to give the #2 Porsche 919 Hybrid pole, ahead of team-mates Nick Tandy and Andre Lotterer.

Hartley set the pace during the first runs with a 1m24.459s, which put him three tenths up on Mike Conway in the best of the Toyota TS050 Hybrids.

Lotterer was the fastest of the second batch of drivers with a 1m24.614s, but a 1m24.665s from Bernhard was enough to keep the #2 Porsche at the top of the timesheets.

Hartley said: "It was a tidy lap, but it was close. Our car has been really strong all weekend – we basically haven't changed it since we arrived.

"That's no mean feat given the altitude and shows that the team did a great job."

Toyota’s Jose Maria Lopez ended up a tenth slower than teammate Conway and was given another set of tyres to go again, but he had to abort his lap after being baulked by a LMP2 car.

That left them third, another tenth back on 1m24.802s. Kazuki Nakajima and Sebastien Buemi qualified the second Toyota fourth, neither driver breaking the 1m25s barrier.

Silver-rated driver Negrao was fastest after the opening runs with a 1m32.775s, which Lapierre almost matched with a 1m32.844s.

That gave them a 1m32.809s average, which put them three tenths up on the Jackie Chan DC Racing Oreca qualified by Thomas Laurent and Ho-Pin Tung.

Julien Canal and Bruno Senna were a further half a second back in third in the best of the Rebellion Orecas.

Rigon's 1m39.658s put the car third after he had to abort his first flying lap and go again.

Nicki Thiim set second fastest time of the 20-minute session in the fastest of the Aston Martin Vantage GTEs with a 1m39.270s.

That vaulted the car he shares with Marco Sorensen up from seventh place after the first runs.

Sorensen was given another run but didn't improve, the Danish duo ending up a tenth back on a 1m39.534s average.

The two Ganassi Fords had been first and second after the first runs in the hands of Andy Priaulx and Stefan Mucke, but neither Harry Tincknell and Oliver Pla were able to match the pace of Bird and Thiim.

The Fords ended up third and fourth, two and three tenths down respectively.

Matteo Cairoli and Christian Ried took GTE Am pole in the Dempsey-Proton Porsche 911 RSR. They pipped Aston Martin duo Pedro Lamy and Paul Dalla Lana, who were bidding for a fourth class pole of the season, by a tenth.