Michelin has instigated a tyre development programme with the LMP1 privateers in order to try to edge them closer to Toyota in the final races of the 2018/19 FIA World Endurance Championship season.

The programme has come at the behest of WEC organisers and has been conceived to give the privateers new tyres in time for the Spa and Le Mans 24 Hours rounds of the 2018/19 superseason next year.

An extra session of practice at last weekend's Shanghai round was meant to be the first stage of the development programme, but a wet circuit forced its postponement.

Michelin endurance programme manager Jerome Mondain told Motorsport.com: "The plan was to do what we call an analytical test to collect data with existing tyres and then work out the next step.

"We had to develop the tyres for the non-hybrid cars this season without much data and they have different stresses and needs than the tyres on the hybrid cars [the Toyotas].

"The specification of the tyres was frozen before two of the cars [the Rebellion R-13 and the Gibson-powered version of the BR Engineering BR1 run by DragonSpeed] had even run and the cars have also all moved forward during the season."

Mondain suggested that gains could be made, but he stressed that tyre development wasn't going to result in the privateers suddenly finding one second.

The privateer LMP1 teams have complained of problems getting the front tyres up to temperature this season, partly because they are designed to be driven by power.

The test on Friday morning at Shanghai did not take place because it was only planned to evaluate slick tyres, and Mondain explained that it was undecided how to move forward with the development programme

"We don't know yet what the next step is going to be - it will depend on when the cars are going to be available to test over the winter," he said.

The original plan could likely have involved rolling out the first development tyres at a two-day official test scheduled for the weekend before the Sebring 1000 eight-hour race in March.

Even though the tyre test at Shanghai was called off because of the conditions, the cars still ran during the extra practice session. The DragonSpeed team has declined to take part in the test programme. 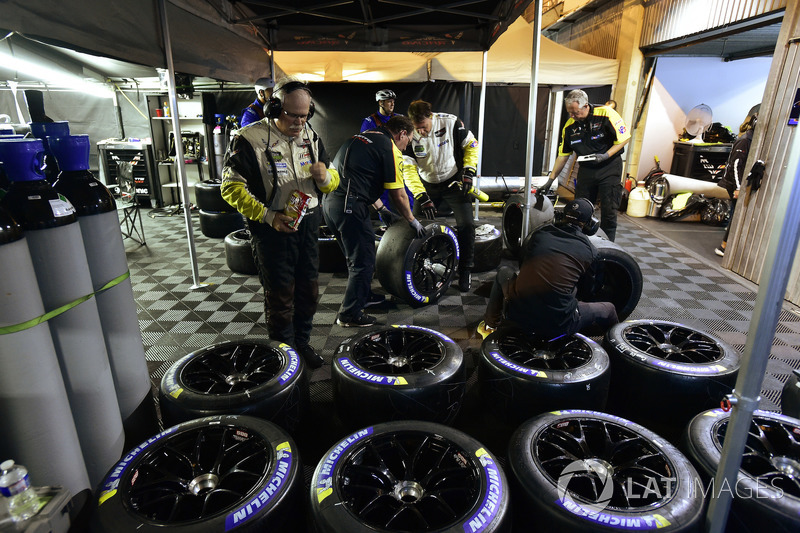