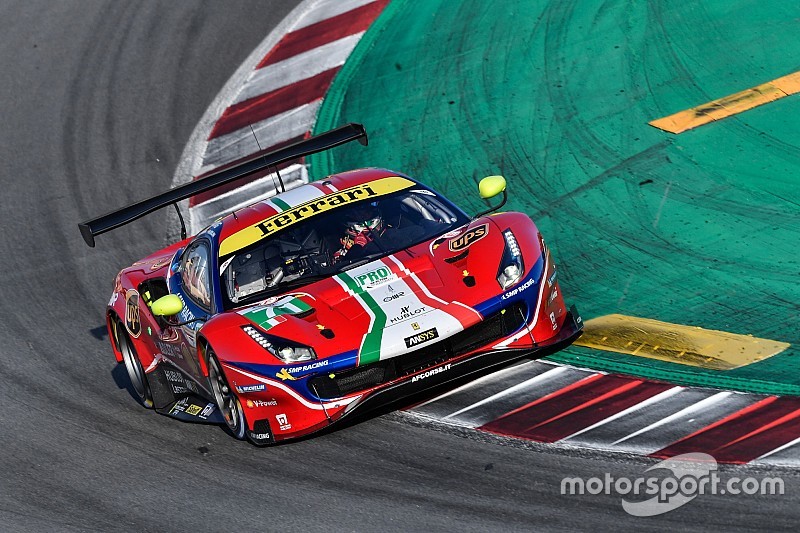 Ferrari has announced that Miguel Molina will replace Sam Bird in its FIA World Endurance Championship line-up for the 2019/20 season.

Last month, the Italian manufacturer stated that Bird's place in the #71 car alongside Davide Rigon was vulnerable owing to the multiple clashes between WEC and his Envision Virgin Racing Formula E programme, although at least one of these has been averted since then.

Now Ferrari has confirmed that Molina, who has acted as Rigon and Bird's co-driver in the Le Mans 24 Hours since 2017, will step up to a full-time role for the new season.

A team spokesperson told Motorsport.com: "The situation with the calendar is still not clear and there is still the possibility of clashes. Today [Tuesday] is the day that we had to nominate drivers with the FIA, so we had to take a decision."

Molina has been a mainstay of Ferrari's GT3 programmes in recent seasons and currently leads the Blancpain GT Series Endurance Cup points for SMP Racing alongside Rigon and Mikhail Aleshin ahead of next month's Barcelona finale.

Ferrari's statement added that Bird's programme "will be announced in due course", with the spokesperson saying it is likely the Briton will partner Molina and Rigon at Le Mans in 2020.

James Calado and Alessandro Pier Guidi will continue as a duo in the sister #51 488 GTE for the new season, which begins at Silverstone on September 1.