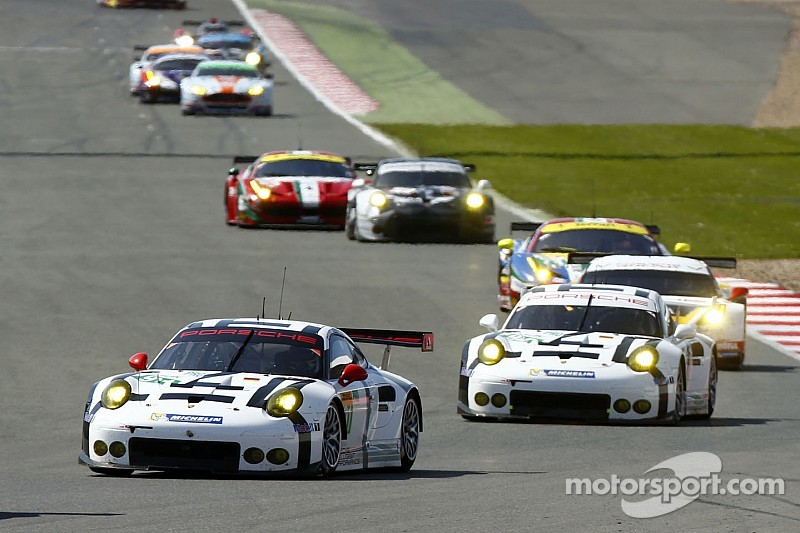 Porsche Team Manthey has confirmed changed driver line-ups for the 6 Hours of Spa, with Sven Muller and Kevin Estre getting the call-up for the second round of the WEC.

Frederic Makowiecki and Richard Lietz will pair up in the #92 Porsche 911 RSR at the Belgian track next month, while Porsche junior racer Muller will be joined by Estre in the sister #91 machine.

The change of the driver lineup was made because of a clashing TUSC race at Laguna Seca, in which Porsche works drivers Michael Christensen and Patrick Pilet, who both raced last weekend at Silverstone, will compete for the Porsche North America team.

“Two important races on two continents within one week is an exceptional situation to which we’ve had to find a flexible solution to the cockpit combinations," said Head of Porsche Motorsport, Dr Frank-Steffen Walliser.

"Fortunately, we have some well-trained race drivers in our brand trophy series on hand and we’re convinced we can rely on them in such cases."

“Thanks to his solid performances, Sven Muller has earned the chance to pit himself in the 911 RSR against the world’s best sports car pilots. His progress is not just another example of the success of our Porsche youth development concept.

"It also underlines the importance of the Porsche one-make cup series as a launching platform for young drivers. His example shows yet again: Porsche opens all doors to those who are really fast.”

Estre, who also races in the PWC and Blancpain Sprint Series this season, said: “The Porsche one-make cups paved my way to a professional racing career. For this reason I’m extremely pleased that the Porsche Manthey team have put their trust in me to drive a 911 RSR at the WEC round in Spa.

"My aim is to do a perfect job as a substitute for the regular drivers and to earn as many points as possible towards the championship for Porsche on this fantastic race track.”

The Ligier JS P2s score a superb double in the FIA WEC!