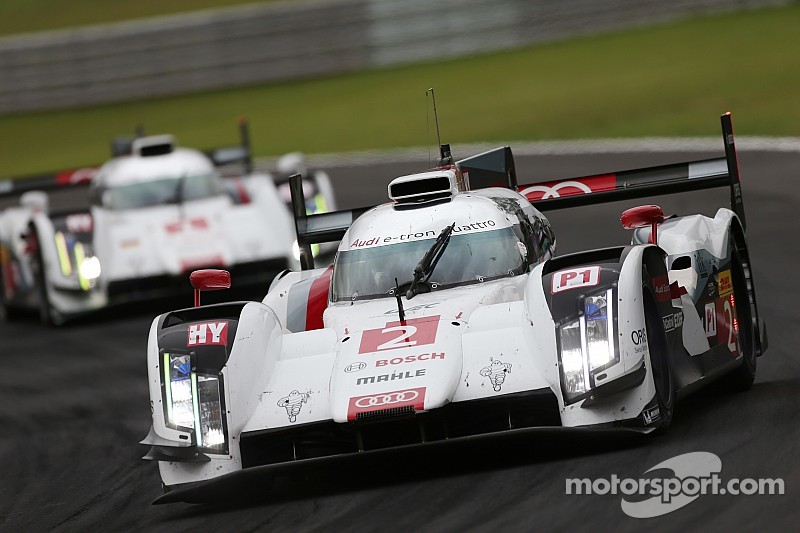 The recent confirmation by Audi's Head of LMP, Chris Reinke, that Audi Sport Team Joest's race engineers this season will be Leena Gade (No 7), Justin Taylor (No 8) and Matthias Huber (No.9) sees a new, young and hungry collective.

The confirmation follows a reshuffle and subsequent promotion for Taylor and Matthias Huber and comes after previous race engineer Kyle Wilson-Clarke left at the end of 2014 for Porsche Team. Jorg Zander has taken the overarching role of technical director, vacated by Howden Haynes last year.

The 51-year-old is a former Toyota, Honda, Brawn and BMW Sauber designer who started work at Audi in January after a number of years working as a consultant under his own engineering business – JZ Engineering.

The German was one of three significant recruits Audi made last year. Ex-Ferrari team principal Stefano Domenicali and former Ferrari engineer, Gabriele Delicolli, who is a simulation specialist, are now both part of the Audi family.

Justin Taylor, from Denver, was drafted in to the position of race engineer for Tom Kristensen's final appearance in a top-line racing at Interlagos last November and retains the position for the 2015 FIA WEC season. He will take charge of Lucas di Grassi, Loic Duval and Oliver Jarvis in 2015.

Matthias Huber continues to race engineer the third Audi R18 e-tron quattro for which he was in charge at last years Le Mans 24 hours. The car will appear at the Six Hours of Spa in May and then Le Mans in the hands of Rene Rast, Marco Bonanomi and Filip Albuquerque.

Motorsport.com spoke with Leena Gade this week about Taylor, who she has known since working with him in the American Le Mans Series in 2007 and 2008 when Taylor was a data engineer for Champion Racing.

"(After champion) Justin only wanted to work for Audi and one day become a race engineer for Audi Sport," Gade said this week. "Justin was part of the Progressive Motorsport family alongside Joest which brought together Howden Haynes, David Brown, Kyle Wilson-Clark, Justin and I.

"Quickly, an efficient working structure was formed into which Justin had a significant input – developing our day to day tools, exploring electronics development and designing systems that found their way into the car."

Taylor became Gade's assistant for 2010 before switching over to the No.1 Audi under the guidance of Haynes. The following season he was back with Gade on the No.2 Treluyer/Fassler and Lotterer machine.

"I think this is really where we both developed and learnt the most, bringing together what we'd learnt separately in the 1.5 years we'd been apart as well as ideas developed between us," said Gade.

"We formed a very good team and with the trust between us as well as job sharing, we quickly became fairly dominant, talking every day and sharing ideas and information, plus trying to always improve what we didn't do so well on."

It was clear that Taylor was about to achieve his dream of becoming a fully-fledged race engineer and that chance came in Brazil last year.

"Finishing third in his first race was a great achievement," continues Gade. "He will in the near future become a part of the team in Neuburg which will see his talents put to good use but also expand his current set of skills. This will in turn strengthen our race engineering team as a whole.

"I've read in one or two publications that with all our departures last year, we are somewhat weakened, which is quite short sighted as we do have a very good team here with a wealth of experience and knowledge – Justin, being an Audi guy through and through, will only enhance this."