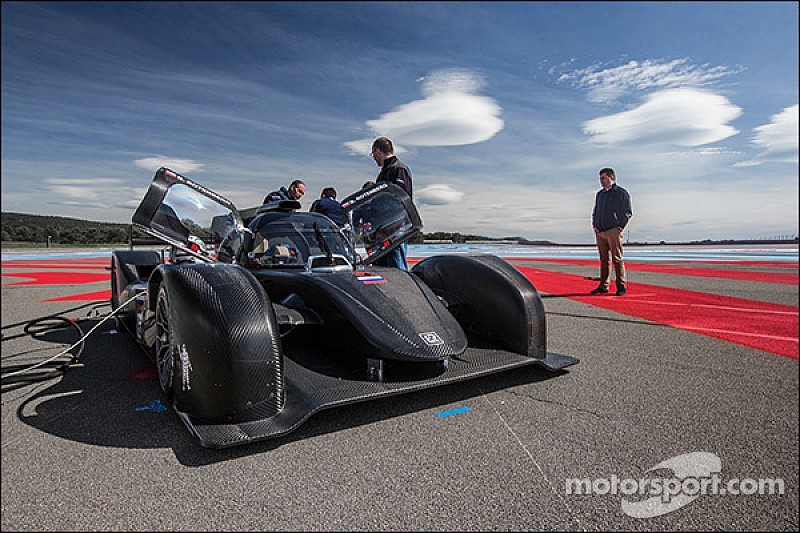 Reigning LMP2 WEC champion Sergey Zlobin put the first miles on the car before Nicolas Minassian took over the cockpit. The car completed 76 miles of running.

The car, which has been built by the SMP Racing team under the Boris Rothenberg Engineering banner, has had a troubled gestation after sanctions imposed on Russia were claimed to have caused delays for some key suppliers to complete the work in time.

These delays ensured that the team attended the official ELMS test days last Monday and Tuesday with the old ORECA 03 design, although the new car did make a static appearance in the pits during the test.

The SMP Racing team pland to run two of the cars in the ELMS in 2015 as well as at the Le Mans 24 Hours in June. A third car is believed to be available for purchase from the operation and to be run as a customer car.

The BR01, which will run on Michelin tyres and with a Nissan engine will resume testing at Paul Ricard today before moving to Barcelona later in the week for three days of running ahead of the Silverstone ELMS opener on April 11th.

Was Hamilton's Sochi defeat inevitable even without penalties?

Marko reveals Albon is as quick as Verstappen in fast corners