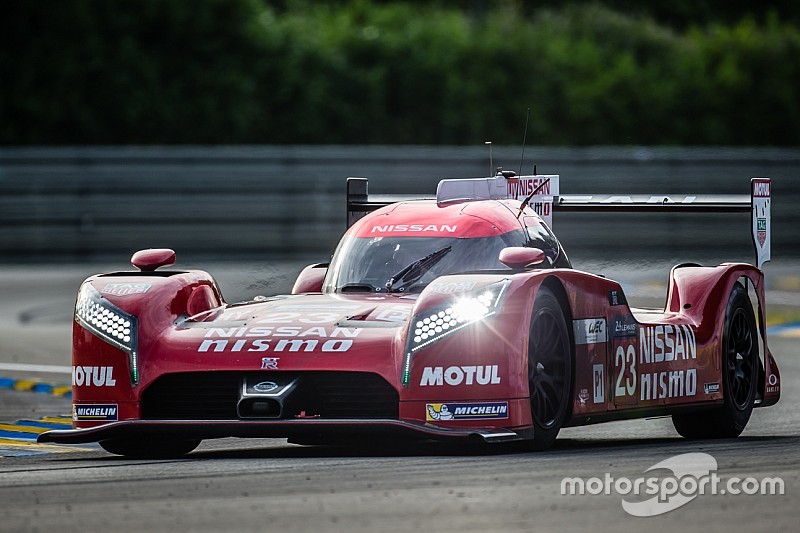 London, UK – Nissan today announced that it will delay its return to the LM P1 class of the FIA World Endurance Championship and instead focus on technical issues that challenged its race team during the Le Mans 24 Hours.

Issues with the energy recovery system (ERS) meant that Nissan had to run at the Le Mans 24 Hours on engine power alone. The bespoke Nissan V6 3-litre twin turbo petrol engine and the unique aerodynamics of the GT-R LM NISMO proved to be the main strengths of the car at Le Mans but without a fully working ERS, many of the car’s other systems were compromised.

We’ve said it before but innovation hurts,

“We know people will be disappointed but be assured that nobody is more disappointed than us,” said Shoichi Miyatani, President of NISMO. “We are racers and we want to compete but we also want to be competitive. That is why we have chosen to continue our test programme and prepare the GT-R LM NISMO for the strong competition we face in the World Endurance Championship. When you innovate you don’t give up at the first hurdle. We are committed to overcoming this challenge.”

Victories in the Blancpain Endurance Series and Super GT

This news only affects Nissan’s LM P1 programme. The manufacturer’s global motorsport programmes continue unabated as Nissan strives to add to its tally of victories in the Blancpain Endurance Series, Super GT and the many other championships it competes in. Nissan’s pioneering GT Academy programme is now entering the ‘Race Camp’ phase where the first of the 2015 graduates will be chosen before going on to compete as NISMO Athletes all over the world.

“We’ve said it before but innovation hurts,” said Darren Cox, Global Head of Brand, Marketing & Sales, NISMO. “We’ve built an LM P1 car that is very different to other racing cars as we continue to drive motorsport innovation. The beauty of this programme is that people have got behind us and they are willing us to succeed. This has shown us once again that people want something different in motorsport and that gives us increased motivation to make our LM P1 car competitive.”

Nissan will continue the test programme for the GT-R LM NISMO, predominantly but not exclusively in the United States. Media updates will be issued as the car’s development continues. A decision on the date for Nissan’s return to the World Endurance Championship will be made in due course, depending on the progress of the test programme.

Ben Bowlby - Nissan LM P1 Technical Director: “We have many areas to work on, not least ensuring that we have the best ERS option available to us. The team is pushing hard on track, in the wind tunnel and at NISMO’s various facilities around the world to deliver the long list of improvements we know that we need.”

Darren Cox - Global Head of Brand, Marketing & Sales, NISMO: “We intend to maintain an open atmosphere around the programme and will issue updates along the way. Our first priority is the car, but we understand that fans and media will be interested in our progress.

Nissan to skip Nurburgring WEC round

Analysis: Why Nissan is here to stay in LMP1