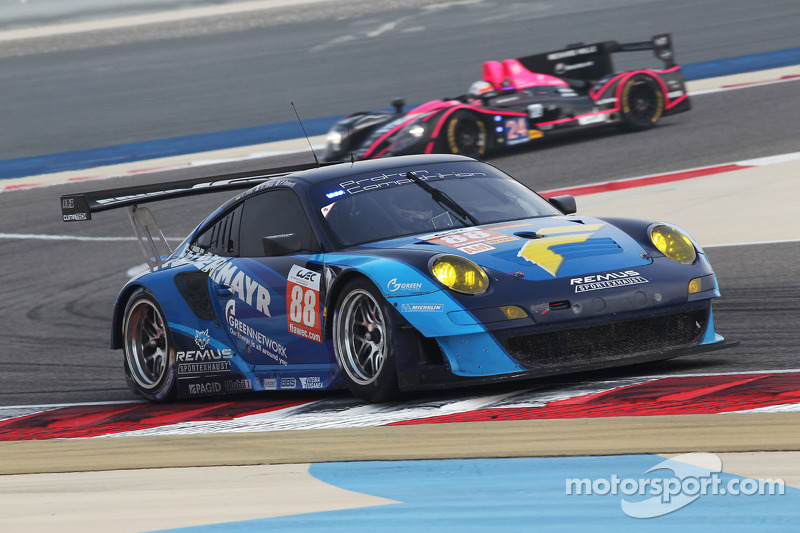 Back from Bahrain where he run the final round of the FIA WEC 2013, Paolo Ruberti drew up the balance of the season that just ended.

The Veronese driver has been the fastest of class LMGTE AM in qualifying also in this occasion but a technical problem to the left rear suspension forced the number 88 Porsche 911 to retire during the fourth of the six hours. 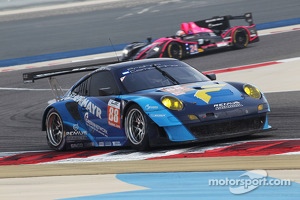 In the FIA Endurance Trophy for GTE Am Drivers Ruberti and his co-equipers Gianluca Roda and Christian Ried ended the season in sixth place with 76.5 points and a podium finish in Brazil as best result.

Paolo Ruberti:
"After the good results obtained in 2012 we expected to be protagonists also in this season, but things did not go as we had hoped for: from the one side the level of lineups grew a lot in LMGTE Am, while from the other Aston Martins have often turned out to be unbeatable. As far as I am concerned, despite the final position in the standings, my overall balance is positive: I have been the quickest in qualifying and in the race in several occasions. Gianluca, Chrisitian and I did a great job with the team during the whole season".

Podium place for Greaves Motorsport at 6 Hours of Bahrain

Rigon scored the 2nd place in the last round in Bahrain