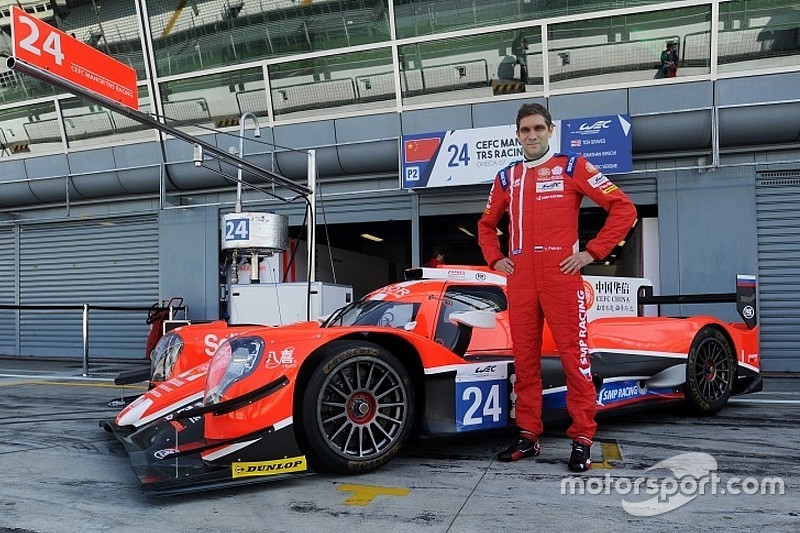 Formula 1 grand prix podium finisher Vitaly Petrov has been confirmed as part of the Manor line-up for the coming WEC season.

As reported previously, Russian driver Petrov, who is backed by the SMP Racing programme, will race an Oreca 07 under the CEFC Manor TRS Racing banner.

Petrov was part of the F1 grid between 2010 and 2012, completing two seasons with Renault and one with Caterham. He finished third in the 2011 Australian Grand Prix.

He raced a BR01 LMP2 car for SMP Racing in WEC last year, but had to find a different seat for 2017 as the Russian team opted to focus on preparing its privateer LMP1 programme for 2018.

SMP Racing boss Boris Rotenberg said: "This year we have decided to continue Vitaly Petrov's programme in endurance racing – and I am certain he will represent SMP Racing well.

"At the same time, Vitaly, alongside our other drivers, will carry on working on the new Russian BR1 prototype before hopefully going on to contest this series in that very car in 2018."

Australian John Martin has returned to the G-Drive Racing LMP2 squad as reserve drive for the Le Mans 24 Hours.

The 32-year-old, who took three WEC P2 class victories in 2014 for the Russian entrant teamed with Delta-ADR, is also expected to fill in for Alex Lynn at the Nurburgring WEC round in July.

The Briton is due to take the place of new Toyota LMP1 driver Jose Maria Lopez in the DS Virgin Formula E Championship squad at the clashing New York fixture.

Toyota extends WEC programme through to 2019