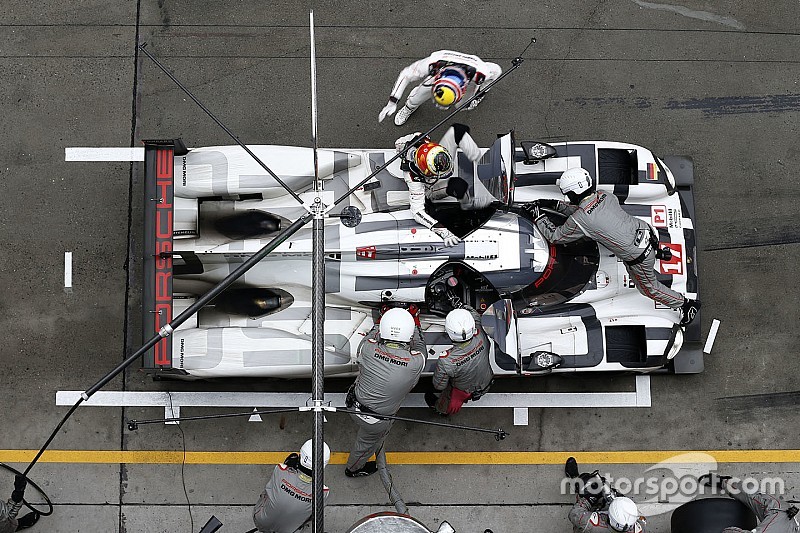 The Porsche teams travel to the desert kingdom with excellent championship chances.

Stuttgart – With the six-hour race on the Bahrain International Circuit on 21 November, the 2015 season of the FIA World Endurance Championship (WEC) draws to a close. The Porsche teams travel to the desert kingdom with excellent championship chances: At the season finale, they could still score a total of four titles.

After Porsche already clinched its first World Championship manufacturers’ title since 1986 at the penultimate round in Shanghai on 1 November, the marque now sets its sights on the drivers’ championship.

The Porsche factory pilots Timo Bernhard (D), Brendon Hartley (NZ) and Mark Webber (AUS), who share the wheel of the innovative Porsche 919 Hybrid in the LMP1 class, currently have 155 points to their credit, giving them a twelve-point lead over the Audi drivers Marcel Fässler (CH), André Lotterer (D) and Benoît Tréluyer (F).

With our early win of the manufacturers’ title, which is, of course, particularly important to Porsche, we have been richly rewarded for our courageous technical design of the 919 Hybrid.

The bid for the title in the strongly-represented and fiercely-contested GTE-Pro class has also turned into a cliff-hanger. In this category, all titles will be decided in Bahrain. Campaigning the near-standard 911 RSR – the 470 hp racing version of the iconic 911 sports car – Porsche goes up against Aston Martin and Ferrari in the desert kingdom in the fight for three championship titles: The Porsche Manthey squad ranks first in the team classification.

Porsche works driver Richard Lietz (A) leads the points’ table in the FIA World Endurance Cup for GT Drivers. And in the manufacturers’ category, Porsche sits second – just four points off the top spot. In Bahrain, however, manufacturers can still earn a maximum of 44 points.

Dr. Frank-Steffen Walliser, Head of Porsche Motorsport: “The fact that all titles in the GTE-Pro class will be decided at the last race speaks volumes for the strength and balance of the grid, especially in this category, and it’s a reflection of the competitive spirit shown by the manufacturers, drivers and teams over the entire season. Thanks to our Shanghai win, we have improved our chances of winning the title. In the second half of the season we launched a charge back to the top, and in Bahrain we’ll now do everything we can to bring this endeavour to a successful conclusion and claim all three titles.”

Lewis Williamson: Getting back in the groove