Porsche eager to defend points lead in the Ardennes 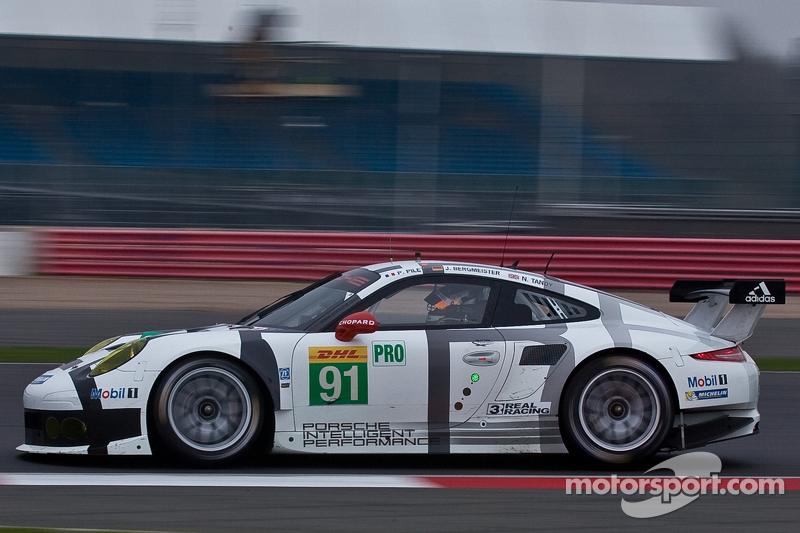 The Porsche Team Manthey now heads to Spa-Francorchamps on May 3rd to tackle the six-hour race as the leaders of the GTE-Pro class.

Suttgat. After clinching a double victory at the Silverstone season-opener, the Porsche Team Manthey now heads to Spa-Francorchamps on May 3rd to tackle the six-hour race as the leaders of the GTE-Pro class. The squad fields two Porsche 911 RSR on the time-honoured circuit in the Ardennes, famous for its “Eau Rouge” corner. Round two of the sports car World Endurance Championship (WEC) is regarded as the dress rehearsal for the Le Mans 24 Hours on 14/15 June. 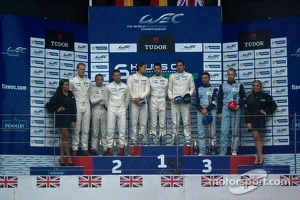 Richard Lietz (Austria) and Nick Tandy (Great Britain), who were a part of the Porsche Team Manthey at their double win at Silverstone, contest the Laguna Seca (USA) round of the Tudor United SportsCar Championship on the same weekend. In the GTE-Am class, Porsche Junior Klaus Bachler (Austria) shares driving duties in the 911 RSR of the Proton Competition customer team with Christian Ried (Germany) and Khaled Al Qubaisi (Abu Dhabi).


The Porsche 911 RSR is based on the seventh generation of the iconic 911 sports car. The successful 470 hp racer from Weissach celebrated its race debut in 2013 and scored a brilliant double victory at its first ever 24 Hours of Le Mans. After receiving improvements in many areas for the 2014 season, the vehicle won the long distance classics at Daytona and Sebring, before its one-two at Silverstone. The WEC Endurance Committee this week decided to, within the scope of the Balance of Performance regulation, increase the vehicle weight of the 911 RSR in both the GTE Pro class and the GTE Am class by 25 kilograms.


The six-hour race in Spa-Francorchamps starts on Saturday, 3 May, at 2.30 pm. Eurosport broadcasts the last two hours of the race live from 6.30 pm.

Comments before the race


Hartmut Kristen, Porsche Head of Motorsport: “After the successful start to the season in the USA with victories at the long distance classics in Daytona and Sebring, the 911 RSR headed into the WEC season with a double victory at Silverstone. This has, of course, tremendously motivated the entire squad to throw themselves into preparations for the Le Mans 24 Hours which is the ultimate highlight of this season. We were given a tough penalty for our success. From Spa onwards, the 911 RSRs have to line up on the grid with an extra 25 kilograms on board. But our drivers and the team have shown that they are able to respond quickly to changing conditions and with the right strategies.”

Joerg Bergmeister (# 91): “I look forward to Spa. It’s a classic race track with a lot of fast corners, which demand everything from a driver. We will of course try to carry on from where we left off at Silverstone. The way we performed at the season-opener is a good omen for success in Spa.”

Patrick Pilet (# 91): “I think Spa is one of the most beautiful race tracks in the world. Sometimes the changeable weather can be a problem in the Ardennes. It can be dry at one end of the track and already be raining at the other. You just have to expect surprises around every corner. But that’s what makes it so interesting.”

Marco Holzer (#92): “Spa is one of my favourite circuits – a huge challenge for every race driver. I’m looking forward to my first race there with the 911 RSR. We couldn’t have wished for a better start to the season than at Silverstone. We learned a great deal there, especially about our tyres. Obviously our aim for Spa is to defend our lead.”

Frédéric Makowiecki (#92): “To win my first race as a Porsche works driver was a dream come true. Everything worked well, at the track and in the pits. I immediately felt at home in the Porsche Manthey team. We are a family, and this is precisely what I need in order to do my best. I’d love to continue the dream in Spa.”

Benoit Treluyer at Silverstone: A shot in the dark