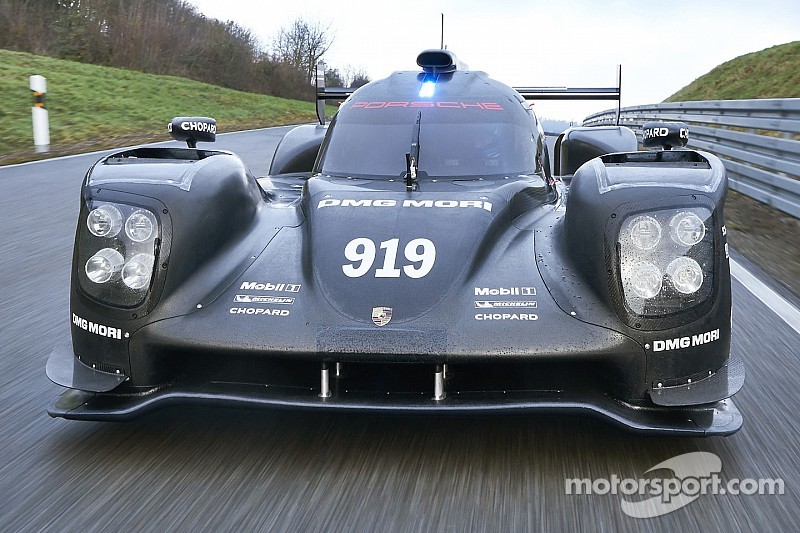 Successful first test in the desert

Stuttgart – Today the Porsche Team concluded the first test with the new Porsche 919 Hybrid. For five days the Weissach based squad has run the second generation of the Le Mans prototype on the Abu Dhabi Grand Prix circuit. The development work with the team was done by the LMP1 works drivers, Timo Bernhard (Germany) and Neel Jani (Switzerland).

Overall, the 2015 Porsche 919 Hybrid worked well, and it is all going according to plan.

Again, at the same time, drivers from the Porsche GT programme – Earl Bamber (New Zealand), Frédéric Makowiecki (France) and Nick Tandy (Great Britain) – were behind the wheel of the 919. In total the drivers covered 4,092 kilometres. Despite occasional rain showers in the desert, overall the testing conditions were good.

Fritz Enzinger, Vice President LMP1, said: “It was a successful start to the season for us. This first test was very productive and, therefore, an important step on our way to Le Mans. The entire team is very focussed and extremely ambitious ahead of our second season.”

Team Principal Andreas Seidl explained: “After the roll-out on the test ground in Weissach on December 15, the first track test was about implementing and checking all systems and components under race speed conditions. Halfway through the test we were able to begin to work on the car’s set-up, and towards the end we also managed to do longer runs. Also tyre testing with Michelin was very productive. We have gathered lots of valuable data, which will be carefully analysed by our engineers over the following two weeks. “Overall”, Seidl summed up, “the 2015 Porsche 919 Hybrid worked well, and it is all going according to plan.”

The next stop on the test calendar is Bahrain from February 8 to 12. On the kingdom’s GP circuit drivers Romain Dumas (France), Brendon Hartley (New Zealand), Nico Hülkenberg (Germany), Marc Lieb (Germany) and Mark Webber (Australia) will be on duty.

Aleshin making the switch from IndyCar to LMP2