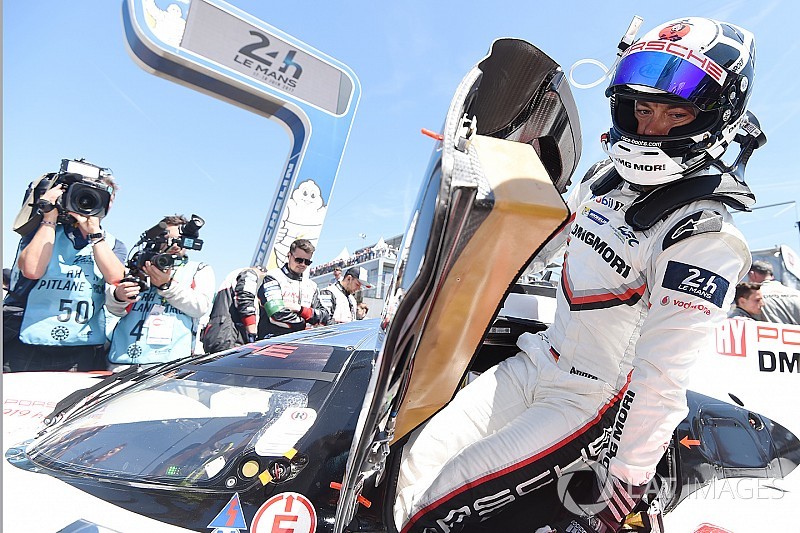 Porsche LMP1 driver Andre Lotterer says the German marque's decision to quit the LMP1 class of the FIA World Endurance Championship is sad for the sport and "leaves a huge hole".

The decision is especially tough on three-time Le Mans winner Lotterer, who went through a similar situation at the end of 2016 when his former manufacturer Audi also pulled out.

"For me it's sad to experience that two years in a row," Lotterer said at the Spa 24 Hours. "I obviously had the situation last year with Audi and made the choice to come to Porsche to continue racing in this category.

"It's pretty sad for motorsport in general, because it leaves a huge hole. I feel fortunate I could be part of it."

"It's been a great honour to be part of this programme since day one, seeing from scratch how it developed," said Bernhard, whose #2 entry leads the WEC championship by 30 points.

"Now the goal is to try and secure both championships for Porsche. We have five more races and I'll enjoy every single lap. The 919 is the most enjoyable car I've ever driven."

Porsche announced all of its current LMP1 drivers will stay under contract, but it remains to be seen in which capacity.

With its newly-announced Formula E project aiming to be on the grid at the start of season six in 2019, race seats will be limited to its various GT programmes until then.

Lotterer, who has been critical of Formula E in the past, is warming to the idea of joining the all-electric championship. He also races Super Formula single-seaters in Japan.

"I'm open to new challenges," he said. "There's no point in hanging on to something that's not there anymore.

"At the beginning people who were used to traditional motorsport were not very impressed, but I don't think you can compare. It's not fair. It seems it has a really good future.

"Once they start putting in newer technology with more performance it will be interesting on that type of circuit. They have really good drivers in it, so it would be nice to challenge them."

Bernhard added: "Formula E is overall a very promising championship. A lot of manufacturers are going there.

"For me, the most important thing to stay with the brand. I will stay with Porsche for sure. [In terms of] the programme, we will have to see what's going to happen."

Opinion: What next for WEC after Porsche quits LMP1?