Porsche says it has no fears that its brand-new GTE challenger will suffer the same issues as Aston Martin and BMW did with the automated Balance of Performance system last year.

The Weissach marque took the covers off its all-new 911 RSR-19 at the start of the month ahead of the car's race debut in the 2019/20 FIA World Endurance Championship season opener at Silverstone at the start of September.

Last season, both the new Aston Martin Vantage GTE and the BMW M8 GTE were uncompetitive to start with before a series of BoP adjustments helped turn both cars into victory contenders.

But Porsche's Director of GT Factory Motorsports Pascal Zurlinden is adamant that the situation is not comparable to that of Aston Martin and BMW and that the RSR-19, which will also race in IMSA in 2020, should be on the pace straight away.

"At the end the FIA always has the option to correct the BoP if the new car is not at the right position in the first races," said Zurlinden. "But the work between the manufacturer is getting more and more transparent, so we’re quite confident we’ll be in the right position.

"We gave them as much data as we could, we did a lot of mileage, so I hope the system works. If all the steps in the BoP process have been done correctly, I think this time the new car will be right at the level [of the others] from the beginning."

Kevin Estre, who took the 2018/19 drivers' prize alongside Michael Christensen, likewise said he was convinced that Porsche will be able to fight for wins from the outset with its new car.

"For sure this is a new car, but it’s not a huge change," he said. "It’s the same base chassis, it’s a bit of a different engine but it’s not like we went from a [normally-aspirated] engine to a turbo engine.

"We definitely don’t want to be two seconds off the pace in the first race. And on this point I feel we are quite well prepared because we did a lot of testing and it’s not a huge step from the old car." 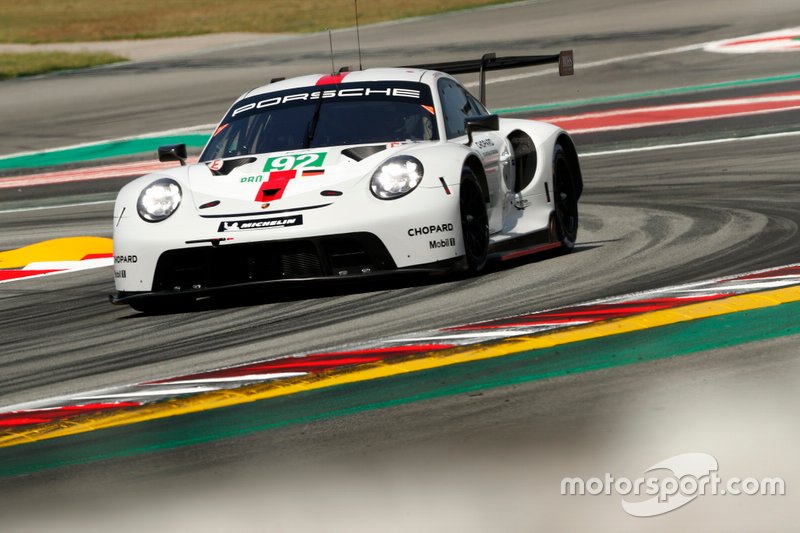 Estre added that the final stretch of his title-winning 2018/19 campaign was particularly strenuous as development of the new Porsche was taking place between races.

"We did the first rollout in April 2018, and then we had one year testing, not as intense at the beginning but from February this year to now it was intense," said the Frenchman.

"We were still racing the other car, so we had to go back and forth. The steering wheel is different, different tyres, different way of driving – still a Porsche, but it’s a little different.

"It was a bit of a challenge last year to jump from testing to driving in a race with a different car."

Asked to specify where the 911 RSR-19 is superior to its predecessor, Estre continued: "It’s small details everywhere. It’s very good on the brakes and very stable all through the corner.

WEC Prologue: Rebellion gets within 0.5s of Toyota

Espargaro: Honda and KTM “too different to compare”

Why the FIA has got tough on F1 car inspections

Espargaro: Honda and KTM “too different to compare”

Why the FIA has got tough on F1 car inspections