Porsche pilots keen to return to winning ways at Silverstone

Stuttgart. With the race on England’s storied Silverstone Circuit, the World Endurance Championship bids farewell to Europe on 26 August. Porsche works drivers Marc Lieb (Germany) and Richard Lietz (Austria) again contest the GTE Pro class of the new long distance world championship with the Porsche 911 GT3 RSR, with which they won the race in Spa-Francorchamps this season.


The race in Silverstone is one of the classics on the new World Endurance Championship calendar. It brings to mind the great tradition of the 1,000 kilometre race on legendary European race tracks.


The 5.891 kilometre Silverstone Circuit was created on a former airfield. On 13 May 1950 the race track hosted the first modern day Formula 1 Grand Prix. Today, the tradition-steeped circuit situated in the British Midlands is the core of an expansive, state-of-the-art motorsport complex. 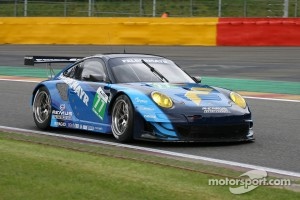 Driving Felbermayr-Proton’s Porsche 911 GT3 RSR, the Porsche factory pilots Marc Lieb and Richard Lietz tackle the race. In the highly competitive GTE Pro class, the winners of round two in Spa-Francorchamps face strong opposition from Aston Martin and Ferrari. Christian Ried (Germany) and his Italian teammates Gianluca Roda and Paolo Ruberti share the second Porsche 911 GT3 RSR fielded by Felbermayr-Proton in the GTE Am class. In this category, only last year’s vehicles are eligible to race and just one professional driver is permitted per car. The pair kicked off the season with a class win at the Sebring 12 hour race.


The top model of Porsche Motorsport’s customer racing vehicles is the most successful GT race car of the past years. The Porsche 911 GT3 RSR headed into the 2012 racing season with extensive modifications. Recently, the race car was fitted with a new front splitter and an adapted rear wing.


Porsche has won many endurance races in Silverstone. Marc Lieb alone secured for Porsche four championship titles with class wins here on the traditional circuit at the final rounds of the Le Mans Series – most recently in 2009 and 2010 with Richard Lietz. The Weissach developed and built RS Spyder sports prototype scored a double victory here in 2008.

Comments before the race


Hartmut Kristen, Porsche Head of Motorsport: “After Le Mans, several changes were sanctioned by the governing body of the World Endurance Championship to be made on our 911 GT3 RSR in order to bring into line the balance of performance. Like in the American Le Mans Series, these relate primarily to the aerodynamics with a new front spoiler and an adapted rear wing. Now we must see how these changes affect the performance and competitiveness in Silverstone. In the last years we were mostly very successful on this circuit.” 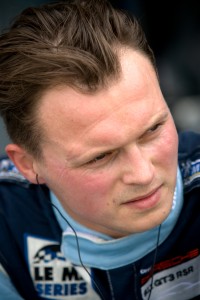 Marc Lieb: “Our goal in Silverstone is to bring home the second victory of the season. After our bad luck in Le Mans we now have to show what we can do. In any case we have to go all out, that’s our only chance to make up lost ground in the championship. I’ve always enjoyed driving at Silverstone. It’s a great circuit that demands a lot.”

Richard Lietz: “I’m feeling confident that we can find the speed again that we had earlier in Silverstone through the improvements to our car. After the let-down in Le Mans it’s important for the team to achieve a good result. Silverstone is one of my favourite tracks, the fast combination after the finish straight in particular makes every lap a fantastic challenge. It would be simply wonderful to show everyone that we’re back in action.”

Maverick Vinales – A timeline of his Yamaha MotoGP exit