Toyota's pair of Le Mans Hypercars held the advantage over the Alpine LMP1 as the Portimao 8 Hours FIA World Endurance Championship round reached the halfway mark.

From pole position, Nicolas Lapierre stretched a small lead at the wheel of the Signatech-run Alpine A480-Gibson ahead of the two Toyota GR010 Hybrids driven by Sebastien Buemi and Jose Maria Lopez during the opening stint.

But a pattern soon emerged with the Alpine running much shorter stints, as Lapierre had to come in for his first top up of fuel after just 29 laps, while the Toyotas went to laps 36 and 37 respectively before coming in for fuel.

It meant that the advantage swung backwards and forwards between Alpine and Toyota as the car shared by Lapierre, Andre Negrao and Matthieu Vaxiviere retook the lead once both of the GR010s made their second, third and fourth stops.

But just on the four-hour mark, Vaxiviere came in for the Alpine car’s fifth stop, dropping back down to third place and signifying the A480 will need at least one extra stop compared to the Toyotas to go the distance.

That meant the #7 Toyota of Kamui Kobayashi led the sister #8 car of Kazuki Nakajima by a little under 10 seconds, with Mike Conway having passed Brendon Hartley in his stint.

The solo Glickenhaus 007 LMH ran 45 laps off the pace after Ryan Briscoe got caught up in a melee with two GTE Am cars, the #777 D’station Racing Aston Martin and #77 Dempsey-Proton Porsche, which resulted in a lengthy trip to the garage to repair the damage.

Prior to that, the Glickenhaus went a lap down on its fellow Hypercar runners in the opening hour, with starting driver Richard Westbrook reporting severe rear tyre wear in the high temperatures. 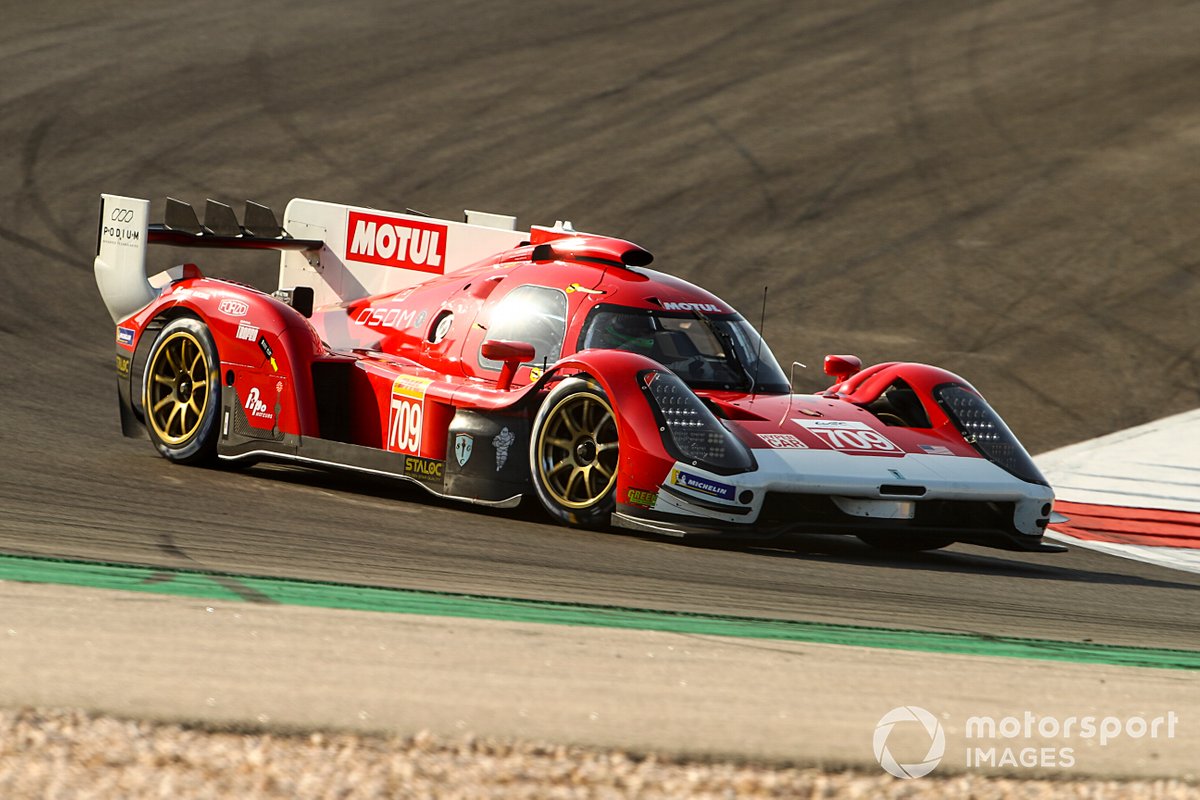 In LMP2, JOTA’s pair of Oreca 07-Gibsons held the advantage after four hours of racing, with the #28 car of Sean Gelael heading the sister #38 machine of Antonio Felix da Costa, albeit having made one fewer stop than their rivals.

United Autosports was due to retake the lead Paul di Resta in the #22 Oreca, heading the #31 WRT Oreca of Ferdinand Habsburg by 15 seconds.

The early stages were characterised by a battle between Giedo van der Garde in the #29 Racing Team Nederland Oreca and the WRT machine of Robin Frijns, with the latter team taking the advantage when gentleman racer Frits van Eerd took over the RTN car.

But a pair of drive-through penalties set back WRT, one for speeding in the pits as Frijns came in to hand over to Habsburg, and another for not respecting blue flags.

JOTA’s pair of Orecas run a net third and fourth, recovering from first-lap contact in which the pole-sitting #28 car of Tom Blomqvist was tipped into a spin by da Costa.

Inter Europol Competition’s Oreca ran fifth in the hands of Jakub Smiechowski ahead of the lead Pro/Am runner, the RTN car of Job van Uitert.

Ferrari commanded the GTE Pro class, with the #51 car of Alessandro Pier Guidi enjoying a mammoth 52s lead over the sister #52 machine of Miguel Molina.

James Calado had given the #51 machine the lead in the second hour with a pass on Neel Jani’s #92 Porsche, which had led the opening exchanges in the hands of Kevin Estre.

Molina then passed Michael Christensen, who had taken over the #92, in the fourth hour to make it a one-two for the Prancing Horse, with the #91 Porsche a distant fourth in class.

The #98 NorthWest Aston Martin of Augusto Farfus led the way in GTE Am ahead of the Cetilar Racing Ferrari of Giorgio Sernagiotto and the #54 AF Corse machine of Thomas Flohr.

The WEC 8 Hours of Portimao is currently being streamed live on Motorsport.tv