The Signatech Alpine LMP2 squad has announced that Pierre Ragues will complete its 2019/20 FIA World Endurance Championship line-up in place of Pierre Thiriet.

Silver-rated Ragues, 35, joins the previously-announced Andre Negrao and team newcomer Thomas Laurent at the wheel of the team's Alpine-branded Oreca 07 for the new campaign.

It follows Thiriet's decision to step down from the French squad for what were described in a team statement as "personal and professional challenges" following his Le Mans 24 Hours victory alongside Negrao and Nicolas Lapierre.

“We would first like to thank Pierre Thiriet for playing an extremely important part in our latest victory in the 24 Hours of Le Mans and our FIA World Endurance Championship title defence," commented Signatech boss Philippe Sinault. "He made no mistakes while putting in a perfect drive at Le Mans.

“We had the opportunity to bring Pierre Ragues back in to the team and everything fell naturally into place. We share the same sporting and human values, which represents both a time saving and a guarantee of competitiveness.

"In addition, his atypical and versatile profile has always made him one of the best Alpine ambassadors both on and off track.

"We are carrying on the continuity we have shown these past few years with a strong, coherent and complementary driver line-up. We are now very excited to return to the track in two weeks in Barcelona [for the Prologue test on July 24-25].”

Ragues contested Le Mans this year with the Duqueine Engineering LMP2 team alongside Nico Jamin and Romain Dumas, the trio finishing seventh in class in their Oreca 07 (pictured below).

Prior to that, he scored a class podium with Signatech in 2017 alongside Negrao and Nelson Panciatici, matching the result he scored with Pescarolo Racing back in 2008. 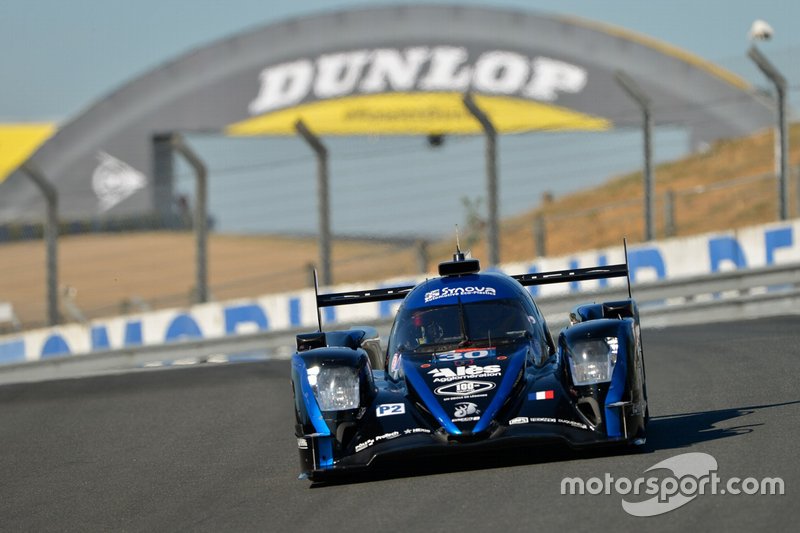 More from
Signatech
Video Inside
WEC