Rebellion Racing won't "screw around" in this weekend's Fuji FIA World Endurance Championship round to gain a tactical edge for the following race in Shanghai, says Bruno Senna.

The solo Rebellion R-13 shared by Senna, Gustavo Menezes and Norman Nato has been handed only a 0.03 second per-lap handicap under the new system that is being implemented for the first time in Japan, following a troubled run to 10th overall at Silverstone.

It gives the #1 crew a theoretical advantage of 1.37s over the Silverstone-winning #7 Toyota, and a 0.97s edge over the #8 car that finished the season opener second.

Given the handicap system is based purely on championship points, it raises the prospect that a team could choose to deliberately forsake a result in a particular race in order to gain an advantage in the following event.

However, Senna told Motorsport.com that Rebellion would not consider approaching the Fuji race tactically in order to gain an edge in Shanghai, a track that is in theory better suited to the Gibson-powered R-13.

"This is not our car’s track, that’s for sure," Senna said when asked to assess Friday's running, in which the #8 Toyota finished 1.4s up on the field. "In the last sector there’s a massive advantage having the four-wheel drive and the boost.

"We had a few issues in the last race, hopefully we have no issues this time and we can have a straightforward competition.

"The intention for everybody is to be racing each other and not screwing around. We want to go racing, we don’t want to be making strategy."

Senna however admitted that Rebellion's desire to win a race this season trumps any concerns about where it ends up finishing in the championship, given how unlikely it is the Swiss team can challenge Toyota for the title.

He said: "What is the real incentive for coming second in the championship? There’s no prize or benefit for that.

"We want to win races, and Le Mans particularly, it’s the only thing that matters. But we know it will be difficult."

Rebellion has dropped down to a single car until next April's Spa race after its #3 car, which was competing on a race-by-race basis, took third at Silverstone.

Senna said having just one car on track has its benefits as well as drawbacks.

"We’re missing some data for sure, but the team was pretty stretched before," said the Brazilian. "Now there’s more engineering time, more time for the meetings and so on.

"In a certain way, with the current team structure, it’s not necessarily a bad thing to be running one car as things are." 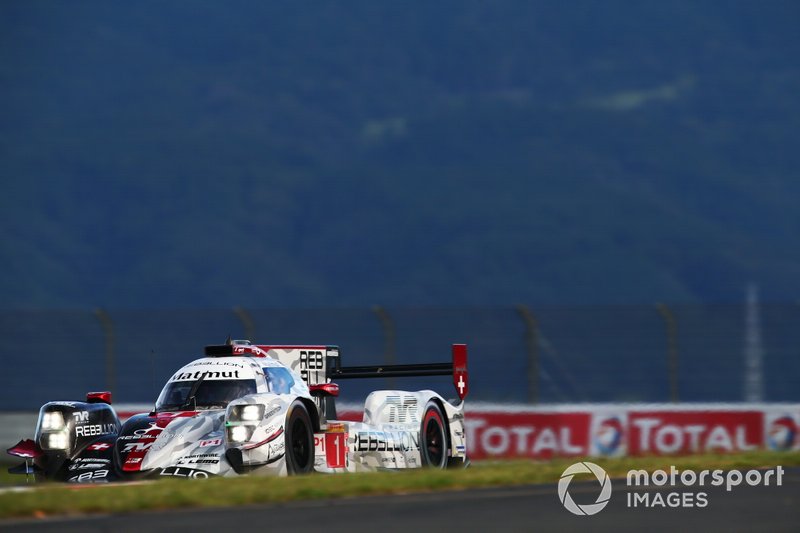