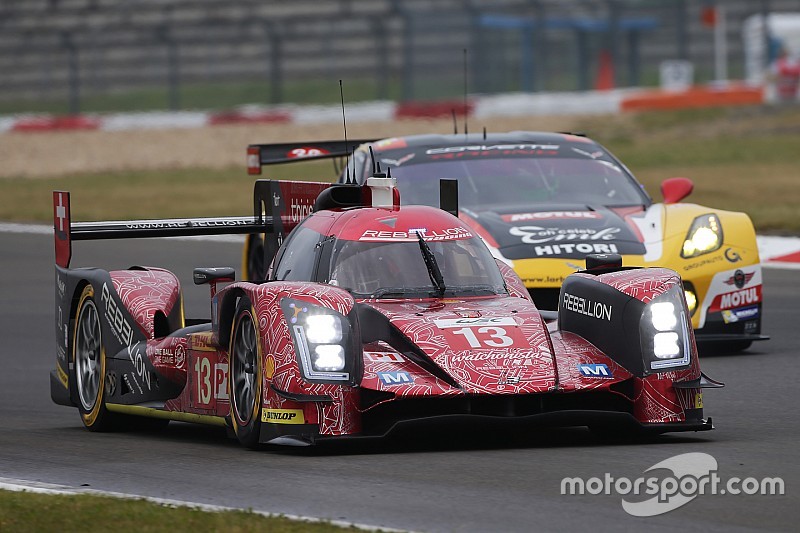 In sunny conditions at the Nurburgring, the Rebellion R-One #13 drivers Alexandre Imperatori, Dominik Kraihamer and Mathéo Tuscher won the LMP1 Privateer battle in a thrilling race and took the chequered flag in seventh position overall.

They finished the weekend on a high after being the fastest in every free practice session and taking the LMP1 Privateer Pole Position. But it was not an easy and trouble free race …

At the start, the #4 CLM took the lead in front of both the Rebellion cars, #13 driven by Alexandre Imperatori and #12 with Nick Heidfeld at the wheel.

The LMP1 Privateer lead changed several times as car #12 and #13 opted for different strategies and the cars hit some unexpected technical issues.

The race change at mid-distance as the #4 CLM retired on track leaving both Rebellion’s cars fighting for the win.

In the last stages of the race, car #13 was the first to face issues. Mathéo Tuscher was forced to pit because of a brake caliper seal failure, the crew changed the caliper quickly and the car was soon back on track.

Nicolas Prost in car #12 took the lead and a few laps later Nick Heidfeld was back in the car to end the race. Then Nick reported an engine misfire over the radio, so the team boxed the car for a quick repair and also a change of front bodywork. The car was back in the race, only fifty seconds in front of car #13.

In the closing stages of the race another unscheduled and slightly longer stop for car #12 handed the victory to the #13 crew.

Rebellion Racing team members will not rest after this race as two days of tyre testing with their partner Dunlop Tyres are scheduled later this week in Monza.

The next FIA WEC race event for Rebellion Racing will be the 6 Hours of Mexico on the 3rd of September.