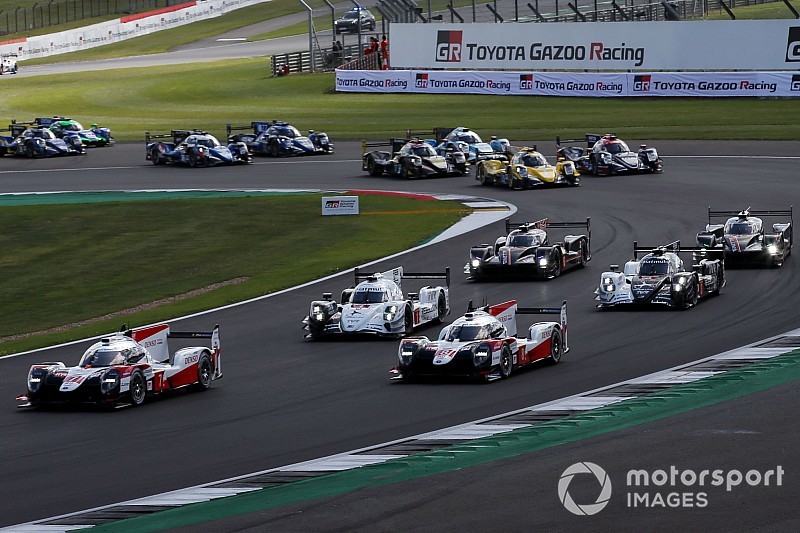 The American driver made the claim after Toyota claimed yet another dominant 1-2 finish at the British track on Sunday, a lap clear of the best of the privateer LMP1s, the #3 Rebellion R-13 shared by Loic Duval, Pipo Derani and Nathanael Berthon.

Menezes, along with Norman Nato and Bruno Senna, finished 10th overall and fifth among the LMP1s after a pitlane incident for Nato and a late power steering issue dropped the #1 Rebellion six laps down.

Toyota technical director Pascal Vasselon declared after qualifying that Rebellion had demonstrated enough speed to threaten the TS050 Hybrids, but the race proved that the Japanese manufacturer hadn't shown what it was really capable of, according to Menezes.

"It was very clear they still have more pace than us," Menezes told Motorsport.com. "We have to continue to work on our own pace and our problems, to eliminate those, but we also could see that Toyota was further ahead than they looked all weekend by a large margin.

"Considering their race pace in practice was in the [1m]39s and [in the race] they ran low 37s, it’s pretty clear they had more in the tank. And they are very good at playing those games.

"But the system does catch up and I think we’ll see it come into play later in the championship."

Asked if challenging Toyota on its home turf in Fuji was realistic with the help of success handicaps, Menezes replied: "In my personal opinion, it will take another race.

"Japan is Toyota’s home race and they’re gonna do everything they can to win that. Also, I think Fuji suits their car more than ours, our car definitely does well in high-speed corners and not so much in low-speed acceleration zones, so I think they’ll have us there.

"I’m more optimistic for Shanghai but it doesn’t mean we won’t give it everything at Fuji."

Derani said finishing one lap behind the Toyotas after four hours of racing was in line with Rebellion's expectations pre-race.

"Unfortunately there’s just too much of a difference [with Toyota] - a little bit less so in qualifying when we have new tyres that compensate, but in the stint, and in traffic, it’s really difficult to fight with them as expected," said the Brazilian.

"We had a 40s stop-and-go, but without that, there were a couple of safety cars, so [one lap down] is more or less where we should have finished anyway."

Drivers from both of the Toyota crews expressed their surprise that Rebellion didn't put up a better fight in the race after its comparatively strong showing in practice.

Brendon Hartley, who finished second alongside Kazuki Nakajima and Sebastien Buemi in the #8 Toyota, told Motorsport.com: "Definitely the gap at the end of the race was a surprise, but it’s not completely fair because of the penalties, maybe a few mistakes.

"In free practice they looked a lot closer, so I don’t know if they were a bit hard on the tyres. But I think they didn’t get everything together today."

Mike Conway, one of the drivers of the winning #7 Toyota, added: "In FP1 and FP2 [Rebellion] looked really strong in terms of their averages. Maybe the track came more towards us than it did to them, I don’t know.

"We were strong in the beginning, laptimes were a bit more thought than I thought, and our averages were very good. Once we get [the EoT] more on their side, it will be an even better fight. I hope it’s a bit closer [in Fuji] than it was today." 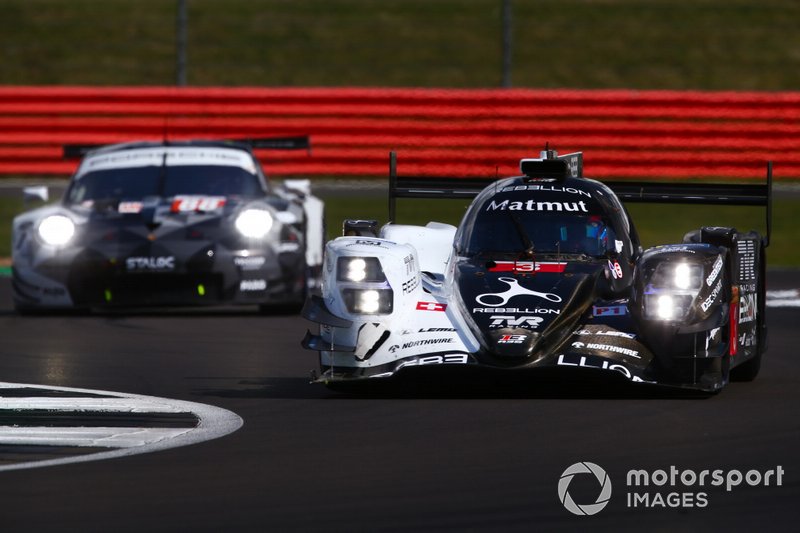