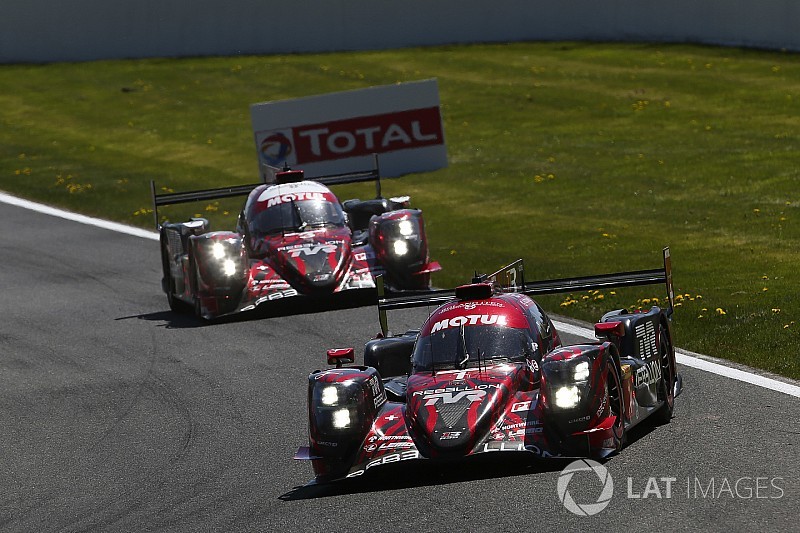 Leading LMP1 privateer team Rebellion Racing has warned the category will not remain "attractive" unless the non-hybrids are given a performance boost to take on the dominant Toyotas.

Toyota's two TS050 Hybrids were a class apart in Saturday's FIA World Endurance Championship opener at Spa, with the best of the rest - the #1 Rebellion R-13 Gibson - finishing two laps down before being disqualified for a technical infraction.

It followed an Equivalence of Technology change aimed at slowing the non-hybrid privateers, via an effective reduction in energy permitted per lap and a reduction in maximum fuel per stint.

The privateers were also restricted to stints of no more than 17 laps in green flag conditions, two laps less than the Toyotas.

A post-race statement issued by Rebellion said "the ambition of the team is to be able to fight and offer a nice show for the Le Mans 24 Hours, but for that it is obvious that the EoT will have to be modified."

Rebellion Vice President Calim Bouhadra commented: "We are very happy with our races despite the disqualification of the #1.

"The cars showed that they were very performing and that we have our place at the top of the competition. But the competition will not be attractive if the advantage of hybrids is not reviewed."

Neel Jani, who shared the disqualified #1 car with Andre Lotterer and Bruno Senna at Spa, said the pre-race expectation for Rebellion had been to finish one lap behind the Toyotas.

However, it was delayed when it received two black-and-orange flags late on, the first one to "repair data transmitting" and requiring a long stop to solve.

"We were hoping to be only one lap down, to be honest," said Jani. "But we lost 1m30s with this thing in the pits, and we lost another 30s with a full-course yellow, so that's two minutes, which is a lap.

"The most difficult thing is fuel-saving, because we don’t know where we are. We don’t have the software. We’re always going to be not be efficient for that.

"But there’s a lot other things we have to get sorted. There’s a lot we can improve with set-up, aero, it’s the first time the car ran so we’re quite happy to finish third [on the road]."

The #1 car ran for the first time at Spa, as the sole chassis used by Rebellion for the Prologue test at Paul Ricard last month was raced as the #3 car that inherited third place in the final results.