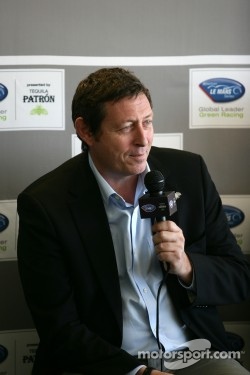 The entry list for the opening round of the FIA World Endurance Championship has been unveiled with an exciting entry of 30 cars for the 12 Hours of Sebring on the 17th March 2012. Over half the grid will consist of Le Mans Prototypes, which is split evenly at nine cars for LMP1 and nine for LMP2, with five entries for LMGTE Pro and seven for LMGTE Am.

The first ever grid for the FIA World Endurance Championship will be truly international and feature teams from eight different countries (France, Germany, Switzerland, USA, Great Britain, UAE, Argentina and Italy) and drivers from at least twenty nations.

The LMP1 entry is headed by three Audi Sport Team Joest Audi R18s, which boasts a line up of 8 Le Mans 24 Hour winners, including 2011 victors André Lotterer, Benoit Tréluyer and Marcel Fässler in the nr1 Audi. The second Audi entry is crewed by Allan McNish, Tom Kristensen and Dindo Capello, who between them possess no less than thirteen wins at Sebring, including victories as teammates in 2006 and 2009. The third Audi will be crewed by 2008 12 Hours of Sebring winners Timo Berhnard and Romain Dumas, with the identity of their teammate still to be unveiled by the team.

Rebellion Racing are fielding a two car entry with the nr12 Lola B12/60 Coupe Toyota driven by Nicolas Prost, Neel Jani and Nick Heidfeld and the nr13 Lola Toyota crewed by Andrea Belicchi, Harold Primat and Jereon Bleekemolen. Oak Racing will enter a single Pescarolo-Judd with Guillaume Moreau as the lead driver and will be the only LMP1 car using Dunlop rubber against the eight other Michelin shod entries.

The Pescarolo Team will have one entry in Sebring with 2008 Sebring winner Emmanuel Collard being joined by Jean-Christophe Bouillion and Julien Jousse to form an all French line up in the Pescarolo-Judd.

Strakka Racing is the first of two British teams racing an HPD ARX 03a-Honda and also features an all British line up with Nick Leventis, Danny Watts and Jonny Kane sharing the driving duties in Florida.

The second British team is JRM, which make their endurance racing debut after a successful season in 2011 when they won the FIA GT1 World Driver’s Championship with Michael Krumm and Lucas Luhr. Their drivers for Sebring will be 2009 Le Mans 24 Hours winner David Brabham, who is joined by Karun Chandhok and Peter Dumbreck.

The nine car LMP2 entry is headed by 2011 ILMC LMP2 Champions Signatech Nissan with Olivier Lombard, Franck Mailleux and Jordan Tresson forming the second all French team. Tresson has impressed since winning the Nissan GT Academy in 2010 after beating 1.2 million other online gamers in a special version of Grand Turismo on the Sony Playstation. He then went on to become the 2011 Blancpain Endurance Series GT4 Champion and now makes his next big step to racing Le Mans Prototypes.

Oak Racing are fielding a Morgan-Judd alongside their LMP1 entry with Jacques Nicolet is the lead driver. The car marks the return to endurance racing for the quintessential British car manufacturer 40 years after it won its class at Le Mans in 1962.

Gulf Racing Middle East with run a pair of Nissan powered Lola B12/80 Coupés with Fabien Giroix heading the crew for the n28 car and Frédéric Fatien the nr29 Lola. The Lotus team is running a single Lola B12/80 Coupé with Thomas Holzer the lead driver in Florida.

Greaves Motorsport is the sole Zytek entry, with the Z11SN being powered by a Nissan engine. Christian Zugel, Ricardo Gonzalez and Julian Elton with crew the British entry.

The five car LMGTE Pro entry will be a straight fight between three icons of GT racing, Ferrari, Porsche and Aston Martin.

Team Felbermayr-Proton entered Porsche 997 RSR will be crewed by Richard Lietz, Marc Lieb and Patrick Pilet, while the Aston Martin Racing Vantage V8 will see Stefan Mücke, Adrian Fernandez and Darren Turner taking their turn behind the wheel in Florida in the cars first international race.

The LMGTE Am entry of seven cars will feature the mighty Corvettes take on the challenge of Ferrari and Porsche. 2011 ILMC LMGTE Am Champions Larbre Competition are running a pair of Chevrolet Corvette C6-ZR1 with Pedro Lamy, Julien Canal and Patrick Bornhauser in the nr50 car and Jean-Philippe Belloc, Pascal Gibon and Christophe Bourret in the nr70 Chevrolet.

Luxury Racing’s second Ferrari 458 will be crewed by Pierre Ehret, Anthony Beltoise and François Jakubowski, while the third Ferrari 458 is entered by American team Krohn Racing will driven by Tracy Krohn, Niclas Jönsson and Michele Rugolo.

“We are very pleased to announce thirty entries for the first ever FIA World Endurance Championship race in the United States at Sebring,” said FIA WEC CEO Gérard Neveu. “With so many countries represented on the entry list, it is an international grid that truly symbolizes the newest World Championship co-organised by the FIA and the ACO. In addition please do not forget that Toyota will join us in LMP1 with a hybrid engine in the next round at Spa.”

The 12 Hours of Sebring will be the first race of the 2012 FIA World Endurance Championship and will be the 60th edition of the classic American race. The FIA WEC will also race in Belgium (Spa-Francorchamps), France (Le Mans), Great Britain (Silverstone), Brazil (São Paulo), Bahrain (BIC), Japan (Fuji) and China (Shanghai).