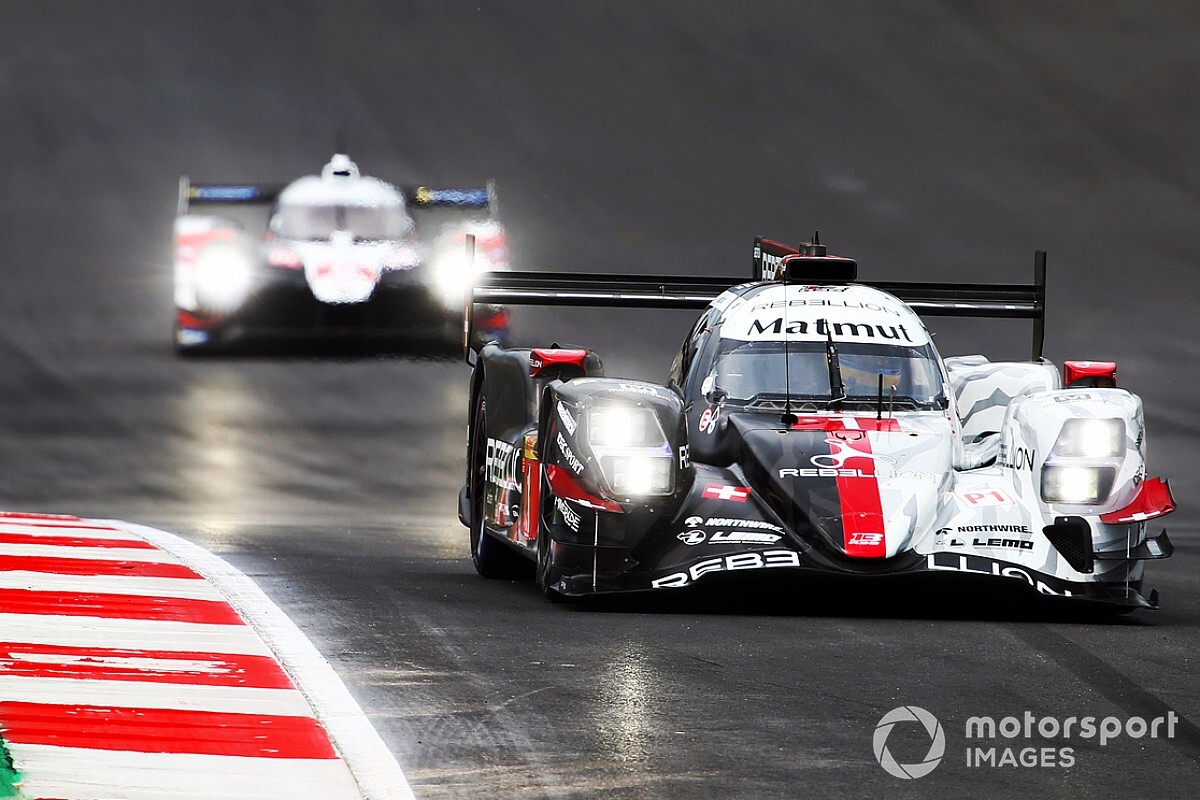 Bruno Senna says he would like to see his Rebellion team “have a proper race” against Toyota in the last three rounds of the 2019/20 FIA World Endurance Championship season.

The WEC introduced a complex system of success handicaps in the 2019/20 campaign to allow LMP1 privateers Rebellion and Ginetta the chance to fight Toyota, which dominated the 2018/19 superseason as the sole manufacturer in the category.

While the new system has allowed Rebellion to score its first outright wins, it has failed to provide close competition, as Toyota’s early run of success and subsequent penalties left its two TS050 Hybrids comfortably slower than the Rebellion R-13 in the last three rounds.

Most recently, Senna, Gustavo Menezes and Norman Nato eased to victory in February's Austin race from pole position in the #1 Rebellion, while the best of the Toyotas finished a minute behind in second.

Senna believes the success handicap system has only served to widen the performance gulf between the two leading LMP1 teams, leaving either Toyota or Rebellion to dominate the races since the system first came into effect at Fuji.

“It’s been a very strange season of course because of the performance handicap,” Senna told the WEC Talk podcast.

“It’s been sometimes too strong for one [team], too strong for the other. Of course it’s better than just one car winning every race, but everybody at Rebellion says this ‘we just want to go racing properly, we just don’t want to be so fast that theToyotas are nowhere. We want to have a proper race’.

“I think [in] Bahrain we got that taken away from us by the Ginetta taking me out at Turn 2. I think in Bahrain we would have had a really nice race against the Toyotas and unfortunately we were out from that and then the gearbox issue.

“But somehow I hope we can get a balanced race. “Some proper balance between us and then we can have a good race for the fans. We are not only racing for ourselves, we are obviously racing for everybody to be entertained and we just want to have last lap and still fighting.”

Senna hopes that Rebellion and Toyota will be more evenly matched at the rescheduled Spa round in August and the season-closing race in Bahrain, although he warned that the Le Mans 24 Hours could turn out to be a “boring” event in the absence of success handicaps.

The points-leading #7 Toyota is expected to carry a handicap of 3.52s per lap at the 7.004km Spa-Francorchamps track, while the #1 Rebellion is likely to be slowed by 1.58s.

“I think Spa can be quite an interesting race once we get little bit more performance handicap,” Senna said. “I think Spa will be a good track for our car. It’s mostly high speed [corners] and our car likes that.

“So hopefully we can have a Bahrain-type race at Spa and have a good race against Toyota.

"In Le Mans [we'll] just get everybody as fast as they can. I don’t we have a real chance against Toyota. It might be another boring Le Mans, so hopefully they’ll balance us out a little bit. And then Bahrain again at end of year should be quite interesting if everything goes to plan."