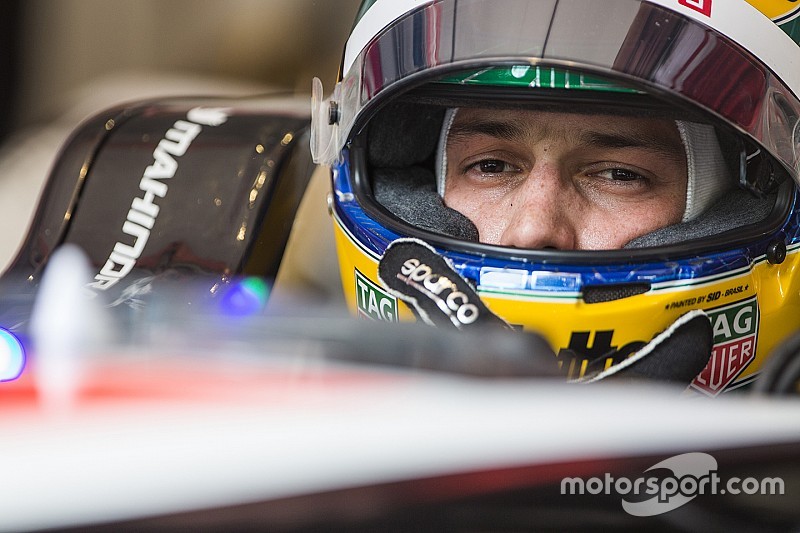 Bruno Senna is aiming for title honours in the LMP2 category of the FIA WEC this season, having joined the new RGR Sport by Morand team.

The Brazilian, who will dovetail his Formula E commitments with his first full WEC campaign since 2013, will partner up with the squad's founder Ricardo Gonzalez and Audi works driver Filipe Albuquerque to drive a Ligier JS P2 in the secondary prototype class.

"WEC is a very important series all over the world, a consolidated series,” Senna told Motorsport.com.

“The competition in LMP2 is very tight and the best thing is that we are racing with a Mexican team for the first time in many years, so I think the support from Mexico will be very strong for us. And we have a race in Mexico, so we are very happy.”

Senna, who last raced prototypes with ORECA in 2009, will begin testing with the team later this month before making a public debut at the official Prologue test at Paul Ricard, which begins on 25 March.

The instigator of the Mexican-entered team is Gonzalez, won the LMP2 title and took class victory at Le Mans in 2013 with OAK Racing.

Senna believes that the balance of the RGR Sport by Morand team could see a second title become reality for the Mexican.

"Ricardo is a driver who has already won Le Mans and Filipe has a lot of experience both in LMP2 and as a factory driver for Audi, so we are a very strong team," continued Senna. "The Ligier is a very competitive machine.

“I think we will be ready to fight for victories and the championship. And if we win Le Mans it will be a very special day".

Toyota to give TS 050 maiden test this month