Rebellion Racing jumped to the top of the times right at the end of the opening session of free practice for this weekend's Shanghai round of the FIA World Endurance Championship. 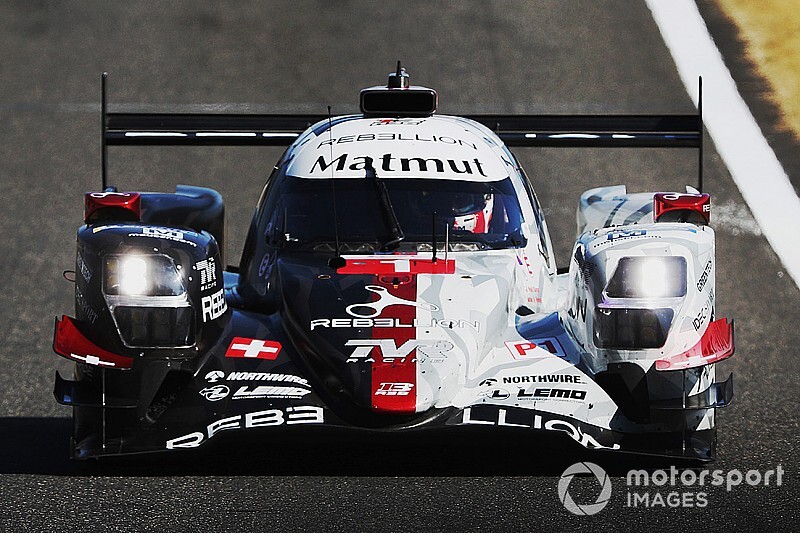 That put the American four tenths up on Ben Hanley, who set a 1m49.183s in the #5 Ginetta-AER G60-LT-P1 after missing the first half of the 90-minute session with fuel pressure issues.

Hanley was just five hundredths up on the second of the works Ginettas in which Charlie Robertson recorded a 1m49.234s.

The second of the Ginettas is running nearly 30kg lighter than its sister car and the Rebellion under the system of success handicaps introduced into the LMP1 class of the WEC for this season.

The two Toyotas, which are both penalised to the tune of 2.74s for the Shanghai weekend under the handicapping system, brought up the rear of the P1 field.

Kamui Kobayashi set a 1m50.085s in the #7 Toyota TS050 Hybrid to end up fourth in the times, while Sebastien Buemi's 1m50.544s put him sixth behind Cool Racing LMP2 driver Nicolas Lapierre.

The Toyotas' times compare with the 1m45.164s best by one of the TS050s in the only dry practice session at Shanghai last year.

In addition to the success handicaps, the Toyotas are running 28kg heavier than at Shanghai in 2018.

Porsche led the way in GTE Pro, Richard Lietz setting a 2m01.389s to just shade the best of the Aston Martin Vantage GTEs.

The fourth fastest GTE car was the Am class Project 1 Porsche 911 RSR with Matteo Cairoli at the wheel.

The second of the factory AF Ferraris to be driven by Davide Rigon and Miguel Molina did not got out on track courtesy of a fuel leak.