Shanghai WEC: Toyota back on top in final practice 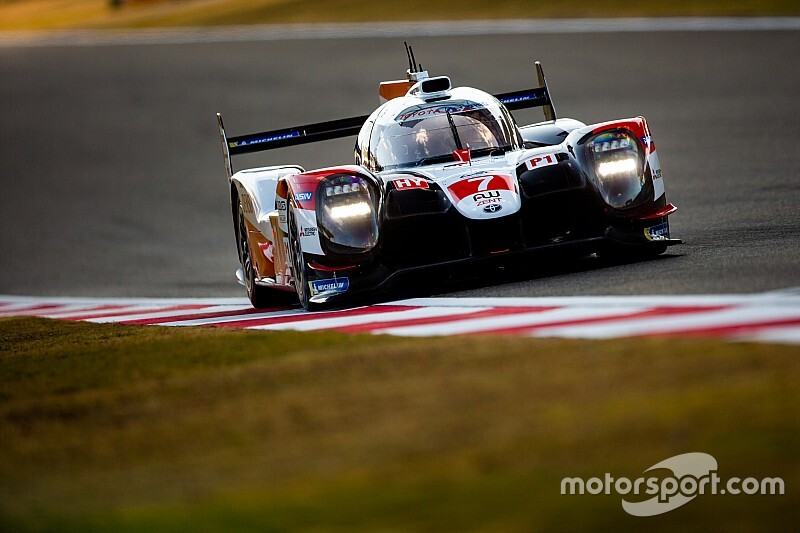 Toyota returned to the top of the timesheets in final practice for this weekend's Shanghai FIA World Endurance Championship round, beating the best of the privateer LMP1s by one second.

After the Japanese manufacturer was outpaced in both Friday's sessions, Kamui Kobayashi set the quickest time of the weekend so far in the #7 Toyota TS050 Hybrid, a 1m47.184s, to outpace the best of the Team LNT Ginettas by 1.009s.

Kobayashi's time came right at the start of the 60-minute session in a qualifying simulation.

Toyota's #8 car was slowest of the LMP1s and down in 10th place overall behind the bulk of the LMP2 field, 3.293s off the pace in the hands of Brendon Hartley.

Formula 2 champion Nyck de Vries set the pace in LMP2 in the Racing Team Nederland Oreca 07, his time of 1m49.637s shading Will Stevens' best effort in the Jackie Chan DC Racing Oreca by a little over a tenth.

Antonio Felix da Costa made it two JOTA Sport-run cars in the top three in the Goodyear-liveried #38 Oreca, a further tenth back.

That was nearly a full second up on James Calado's best time in the #51 AF Corse Ferrari 488 GTE, while Marco Sorensen made it three different manufacturers in the top three in the #95 Aston Martin Vantage GTE.

The session was red-flagged with three minutes left on the clock after Francesco Castellacci's AF Corse Ferrari rear-ended Bruno Senna in the Rebellion at the Turn 14 hairpin, leaving debris on the track.