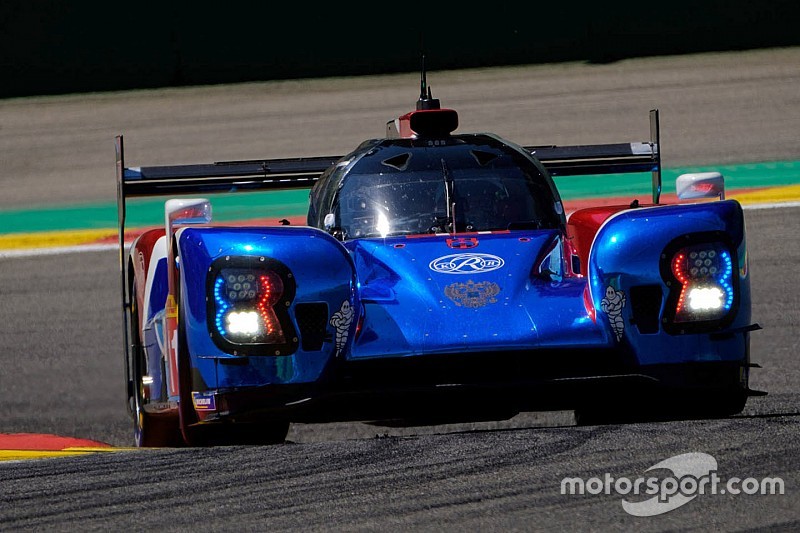 SMP Racing has stated it is prepared to modify its BR1 LMP1 car if necessary as it investigates the dramatic airborne crash one of its cars suffered at Spa.

Matevos Isaakyan was behind the wheel of SMP’s #17 BR Engineering BR1-AER during last weekend's FIA World Endurance Championship opener when it lifted off the ground at the top of Eau Rouge and backflipped at least twice before hitting the barriers.

A statement provided to Motorsport.com said that the Russian squad is still working to determine the cause for the incident, adding that it is working with chassis partner Dallara to implement any fixes that may be needed.

The cars are next due to race at the Le Mans 24 Hours next month, when ex-Formula 1 champion Jenson Button is set to join the squad after testing the BR1 at Magny-Cours for the first time on Wednesday.

“It is [still too] early to make a final statement on the Matevos’s crash in the race as we need to investigate more,” said an SMP representative.

“Many assumptions may be made now regarding the airborne car, [but] a lot [has] to be analysed before a conclusion is made. The team is working on this together with Dallara. Should the car need any modification, such will be made.

“Matevos was driving at the limit and while following [a] Toyota his car went out of control. Eau Rouge is a very tricky corner and this is not the first airborne car there.

“We believe that a rare and complicated coincidence of many factors may lead to any race car lifting off the ground, and this corner is more likely to be a place for such [a] case.

“[There is] not too much time left to the race in Le Mans, but we are confident that we have enough time to prepare. The car and the team will be ready for the race.”

Isaakyan’s crash followed a heavy impact for Pietro Fittipaldi in DragonSpeed’s customer BR1 at Eau Rouge in qualifying, which left the Brazilian with a fractured left leg and broken right ankle.

Team boss Elton Julian said power steering issues were likely the cause of the crash, although SMP says it is still investigating the incident.

“We assume that there was an electronic component failure in the DragonSpeed car which may have caused the driver to lose control of the car,” continued the statement.

“We keep investigating the issue and we are in [an] open and professional dialogue with DragonSpeed; all their questions will be answered.

“BR Engineering together with Dallara will undertake all effort to ensure that the DragonSpeed car is fully ready to race in Le Mans.”