In the championship chase Toyota and Antony Davidson, Nicolas Lapierre and Sébastien Buemi will arrive in Le Mans with a certain advantage over their rivals.

Today, Saturday, the entrants in the FIA World Endurance Championship met up in Belgium on their way to the Le Mans 24 Hours. Toyota carried on where it had left off at Silverstone two weeks earlier by scoring another victory thanks to Davidson-Lapierre-Buemi, while Morgan racked up win no. 2 in LM P2. Ferrari came out on top in both LM GTE Pro and GTE Am.

The Japanese manufacturer has made a stunning debut to the season. Today, the world’s leading car maker won the Spa-Francorchamps 6 Hours, round 2 of the 2014 WEC, with the TS040 Hybrid of Davidson-Lapierre-Buemi taking the chequered flag in first place after triumphing in the opening round of the season two weeks ago at Silverstone.

After a disastrous start in Great Britain with two retirements, Audi got its season back on track with the quickest of the three R18 e-tron quattros in the hands of Duval-Kristensen-Di Grassi on the second step of the podium. The other two Audis came home in fifth and sixth places. 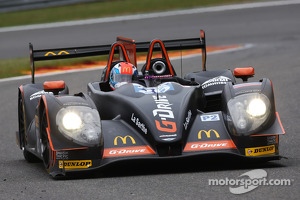 The Dumas-Jani-Lieb Porsche 919 Hybrid, which was on pole, led the race for a time until it was overtaken by the winning Toyota during the second round of pit stops by the leaders: it then fell back due to electronic glitches. The other Porsche of Bernhard-Webber-Hartley (third in England) was never really in the hunt as it was slowed by suspension problems right from the start.

In the championship chase Toyota and Davidson-Lapierre-Buemi will arrive in Le Mans with a certain advantage over their rivals.

In LM P2, the Rusinov-Pla-Canal Morgan-Nissan scored a fairly easy victory, the only hiccup being a bonnet change, and it was followed home by the no. 38 Jota Sport Zytek Z11SN-Nissan of Dolan-Tincknell-Gené and the no. 47 KCMG Oreca 03-Nissan driven by Howson-Bradley-Imperatori. This is the only Morgan in the field’s second win on the trot, which bodes well for the English make before it tackles the Le Mans 24 Hours to defend the victory scored by the make in the Sarthe in 2013.

After Porsche’s win in England, Ferrari took its revenge in Belgium. Once Aston Martin’s early-race charge had run out of steam the Italian cars dominated. The daunting driver pairing of Bruni-Vilander in one of the works 458s left only crumbs to their rivals, and avoided the pitfalls that had plagued them at Silverstone. The outcome of the battle for second place in the category was more uncertain. The Pilet-Bergmeister Porsche finally snatched it from the second works Ferrari of Rigon-Calado just before the finish. The Holzer-Makowiecki Porsche victorious at Silverstone was delayed by hydraulic problems.

Ferrari also clinched victory in the LM GTE Am category thanks to no. 61 shared by Cioci-Venturi-Perez Companc in front of a brace of Aston Martins driven by Lamy-Dalla Lana-Nygaard and Poulsen-Heinemeier Hansson-Stanaway.