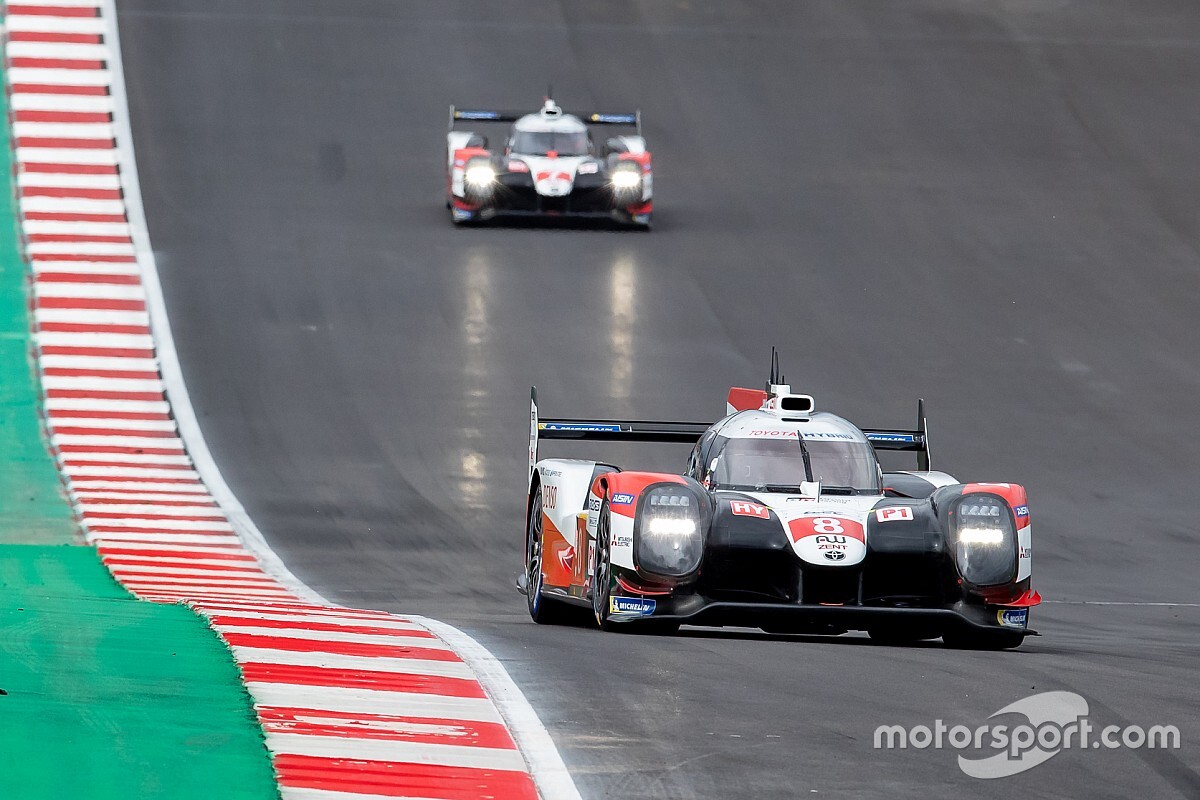 Both Toyotas will be slowed by more than three seconds per lap when the FIA World Endurance Championship resumes next month at Spa.

In the latest LMP1 success handicap bulletin issued by the WEC confirms the points-leading #7 Toyota TS050 Hybrid of Mike Conway, Jose Maria Lopez and Kamui Kobayashi will be penalised by 3.52s a lap for the Spa race on August 15.

The sister #8 car shared by Sebastien Buemi, Kazuki Nakajima and Brendon Hartley meanwhile will be slowed by 3.08s a lap, due to the five-point difference in the standings.

These figures represent the same penalties that the Toyotas would have been given for the 1000 Miles of Sebring back in March, had it not been cancelled amid the COVID-19 pandemic, albeit adjusted for track length.

For the Sebring race, the Japanese marque's cars would have been slowed by 3.02s and 2.77s a lap respectively, as the Florida track is slightly shorter than the 7.004km Spa layout.

Rebellion Racing's sole entry, which won the most recent WEC race at the Circuit of the Americas in February, will be slowed by 1.58s a lap owing to the 22-point gap to the lead Toyota in the standings.

The #1 R-13-Gibson will run at 877kg, an increase of 30kg from COTA. Both Toyotas are already running at their maximum weight of 932kg.

ByKolles, which is returning to the series with its ENSO CLM P1/01 design for the first time since last year's Le Mans 24 Hours, has been given an identical penalty to Rebellion, and its Gibson-powered contender will therefore also run at 877kg.

Ginetta is skipping the Spa race as it winds down its factory WEC involvement, but had the G60-LT-P1 been present it would have run penalty-free at a weight of 833kg.