Spot light on the Japanese drivers at Fuji 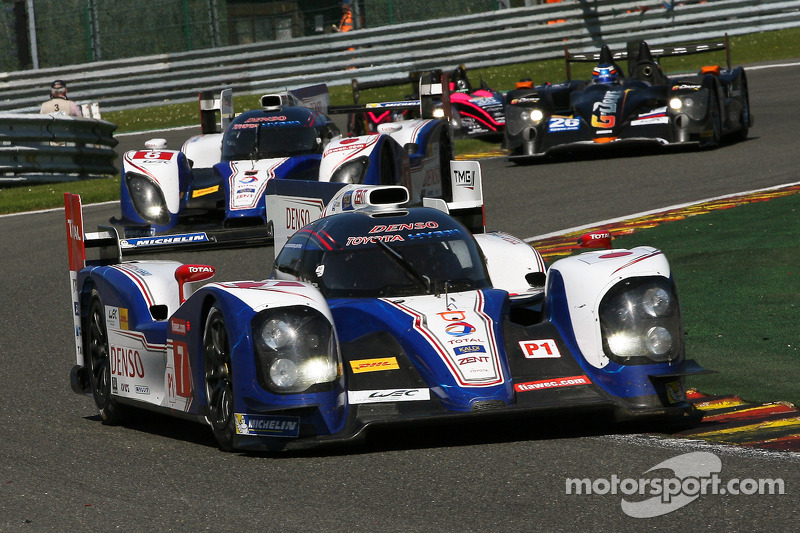 Expect to see a lot of Japanese flags waving wildly at this weekend’s 6 Hours of Fuji, the 6th round of the FIA World Endurance Championship! Not only will Toyota Racing be aiming to topple the supremacy of their German rivals, Audi, for the overall race victory – as they did last year – but there will also be no fewer than 8 Japanese drivers on the grid. Here is a short introduction to them all:


Last year’s winner of the inaugural FIA WEC 6 Hours of Fuji, Nakajima-san needs no introduction to his hundreds of thousands of fans in Japan. This weekend will be his first time back in the Toyota LMP1 since the 24 Hours of Le Mans, where he finished in 4th place, but the reigning Super Formula Champion has been busy racing in that series as well as Super GT.

The former F1 driver, who comes from Okazaki and now lives in Tokyo, says that winning the 2012 6 Hours of Fuji has been his best achievement. It is a circuit he loves and one he is very familiar with, and the first Japanese driver to win in the FIA WEC is determined to record another victory (with his team mates Alexander Wurz and Nicolas Lapierre) on Sunday.


With three podium finishes from five races in the 2013 FIA WEC, Ferrari’s Kobayashi-san will be determined to win the very competitive, manufacturer-led LMGTE Pro category at his home race this weekend. He and his team mate Toni Vilander will have the advantage of his local knowledge of Fuji International Speedway, but the fight will be fierce between Ferrari, Aston Martin and Porsche.

The 28-year-old, who was born in Amagasaki, near Kobe, is a former Champion in Formula Renault and GP2 Asia. He made his debut in GT racing at the beginning of the 2013 FIA WEC season after six seasons in F1, two as a test driver for Toyota Racing.


Re-joining the Delta-ADR team for the 6 Hours of Fuji is former F1 and Champ Car star Shinji Nakano. The Japanese driver, who last drove in the FIA WEC at the 24 Hours of Le Mans will be teamed with Tor Graves and James Walker, and determined to take the fight to the Morgan-Nissans in the LMP2 category. From Osaka, the 42-year-old driver was the first Japanese national to have raced at the 24 Hours of Le Mans, the F1 Monaco Grand Prix and the Indy 500. He has competed at Le Mans seven times to date, with his best finish being 5th in 2011 in an OAK Pescarolo-Judd. He now combines his racing with work in TV, speaking engagements and young driver development.


Keiko Ihara is the only female competitor in the FIA World Endurance Championship, and one of the few Japanese women nationals to race internationally at a high level, but she is treated the same as all the other drivers within the OAK Racing team – just as she would wish it. The Nissan Global Ambassador joined OAK Racing as Jacques Nicolet’s partner in the distinctively-liveried Art Car for the 6 Hours of Sao Paulo at which she finished 5th in the LMP2 category. Born and bred in Tokyo, in 1973, Keiko has always been determined and has achieved all her goals once she sets her mind to something. A good finish at her home race in Japan will be another goal for this weekend!


Matsuda-san will be extremely well known to fans at Fuji International Speedway as a successful race-winner, and one of the leading figures in Super GT. The 34-year-old from Kuwana, Mie is a two time Formula Nippon Champion and has been a regular driver in the GT500 category since 2000. He is making his debut in the FIA WEC for the Hong Kong Chinese owned team KCMG, making its third appearance in the 2013 WEC, alongside two other new drivers, Richard Bradley from Hong Kong and Hiroshi Koizumi. Matsuda competed with KCMG in the Formula Nippon Sprint Cup in 2011.


A new entry to the FIA WEC for this weekend’s 6 Hours of Fuji is 32-year-old Katsuyuki Hiranaka who will be racing in the LMP2 category for Gainer International. Hiranaka-san, who comes from Sapporo, Hokkaido, is a long-time Gainer driver, now competing in the GT300 class of Super GT, a series he has been involved with since 2006. He is teamed with Björn Wirdheim in both Super GT and also this weekend in the 6 Hours of Fuji, along with Masayuki Ueda.


Joining Wirdheim and Hiranaka in the Gainer International entry is another Gainer driver from Super GT. Ueda-san has not been racing as long as his team mates, but his knowledge of Fuji International Speedway will be valuable in helping him get up to speed in the FIA WEC. The 52-year-old is from Osaka.


Koizumi and his team mate in the KCMG entry, Richard Bradley, recently represented KCMG in the Asian Le Mans’ second event in Fuji, Japan. Both the British and Japanese drivers pulled off impressive stints, ultimately resulting in the team’s second consecutive victory in the series, and they are very much looking forward to making their debut in the FIA WEC’s 6 Hours of Fuji. The Japanese F3 Championship and Super GT driver will be another ‘home’ driver for the fans to cheer on, and wave their national flags for.