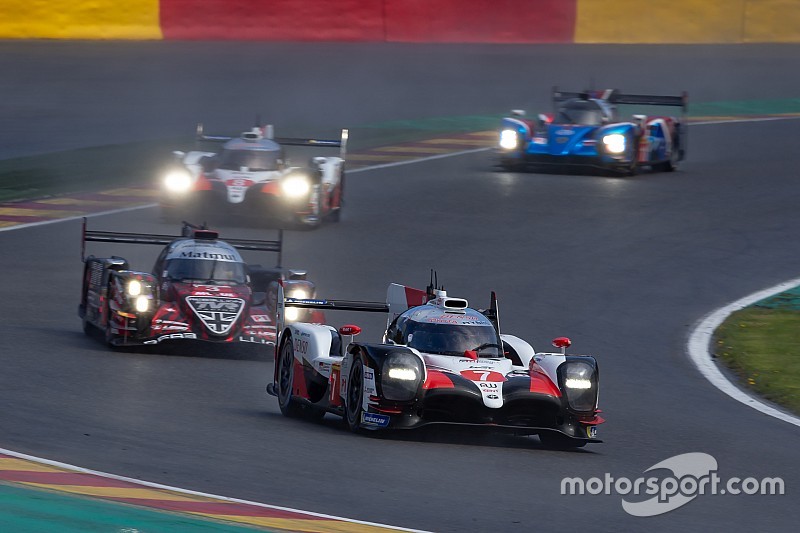 The Automobile Club de l'Ouest, which jointly writes the rules for the World Endurance Championship with the FIA, has suggested a success ballast system could be implemented in LMP1 next season.

The admission made by ACO technical director Thierry Bouvet comes towards the end of a 2018/19 superseason that has been dominated by Toyota, whose TS050 Hybrids have finished one and two on the road in all race bar one.

A succession of Equivalence of Technology (EoT) changes have been made in a bid to allow the non-hybrid privateers to close the gap, but with little success.

Describing the current EoT situation in LMP1 as "not satisfactory", Bouvet says a new system is being considered for the 2019/20 campaign that explicitly factors in race results.

He outlined the difficulties the rulemakers have faced equalising the two sets of regulations, namely Toyota's experience in comparison to its non-manufacturer rivals and the TS050 Hybrid's prowess in wet conditions and on bumpy circuits such as Sebring.

"We would have liked closer races between the hybrid and non-hybrid cars. We are already working on a slightly different system for next season which could also take race results into consideration.

"We are continuing to work and have suggested a 'success ballast' system that seems to be a good solution."

SMP Racing, which recently affirmed its commitment to the WEC for 2019/20, had previously called for rulemakers to do more to slow down Toyota for next season.

However, Toyota team director Rob Leupen suggested the Japanese marque would not agree to the TS050 Hybrid being penalised for what is set to be the current car's final campaign.

Toyota was recently handed a 10kg weight increase in the initial EoT for next month's Le Mans 24 Hours, the final round of the 2018/19 season.