The Ligier JS P2s score a superb double in the FIA WEC! 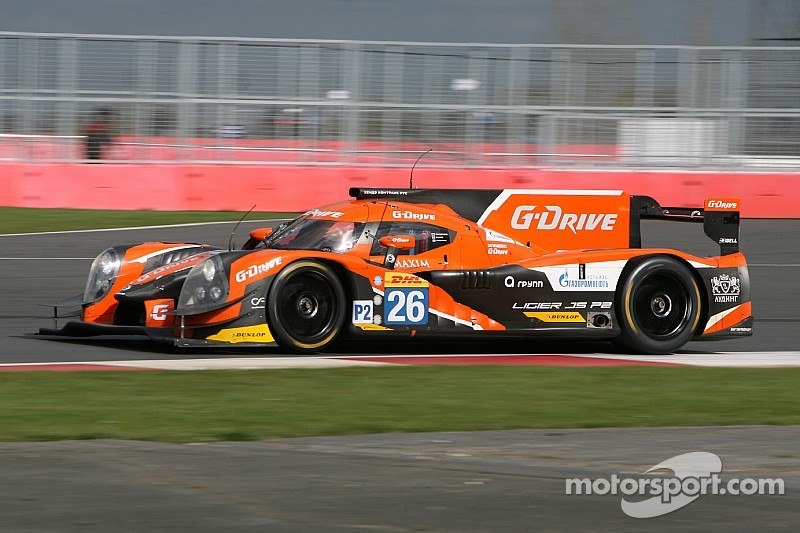 This weekend, the Ligier JS P2 made a big impact.

The Ligier JS P2 fulfilled all its promise in the opening round of the FIA World Endurance Championship. The Ligier JS P2-Nissan-Dunlops entered by G-Drive Racing locked out the front row and took the chequered flag in the first two places line in the Silverstone 6 Hours as well as setting the two fastest laps in the category!

This weekend, the Onroak Automotive closed LM P2 sports prototype made a big impact and confirmed its status as the benchmark in a rich and varied field that attracted no fewer than five different models.

In the FIA WEC

The OAK Racing trio of Erik Maris-Jean-Marc Merlin-Jacques Nicolet also confirmed that the characteristics of the Ligier JS P2 suit gentlemen drivers down to the ground in terms of pleasure and performance. They finished the race in an excellent sixth place in LM P2, and then inherited the points that went with fifth after the no. 30 HPD ARX 03B was excluded (excessive wear of the flat bottom), which had seen the flag in third place.

At the next round, the Spa 6 Hours on 2nd May, the American team will take possession of two Ligier JS P2s to replace the HPD ARX 03Bs entered for the Silverstone event. Thus another two chassis will beef up the Le Mans-based constructor’s forces.

Unfortunately, the late withdrawal of the Team Sard Morand deprived the crowd of two Morgan LM P2 Evos, which bear the name of the famous English make.

In the European Le Mans Series

The opening round of the European Le Mans Series (ELMS), the Silverstone 4 Hours, also took place this weekend. Krohn Racing crossed the Atlantic with its Ligier JS P2-Judd-Michelin and finished fourth overall. The American team qualified in 11th place and made a great comeback to come home just outside the top 3.

ByKolles Racing taking the most from Silverstone debut

Every driver racing at the 2019 Bathurst 12 Hour