Toyota believes it would have beaten Rebellion "marginally" in Saturday's Bahrain FIA World Endurance Championship round had the Swiss team had a clean race.

Pascal Vasselon, Toyota Motorsport GmbH technical director, claimed that the Bahrain 8 Hours would have been a tight race but for the gearshift issues that cost the solo Rebellion R-13 six minutes in the third hour.

He suggested that the Rebellion shared by Bruno Senna, Gustavo Menezes and Norman Nato could have come back from first-lap spin without the transmission problems.

"Without their stop for the gearshift, it would have been tight," he said. "We would have won marginally, really marginally."

Senna, who criticised Ginetta driver Charlie Robertson for his part in the Turn 2 incident, and his teammates eventually finished three laps down on the winning Toyota TS050 Hybrid and two behind the second of the Japanese cars.

Vasselon pointed out that the Rebellion was faster on the lap averages than both the TS050s.

"They were genuinely faster on average — though not by much — but we were faster in the pits," he said. "We were expecting to be slower but it was within the margin where we felt we could recover if we had the perfect race.

"Finishing one-two was not what we were expecting, but it was the target we gave to the team." 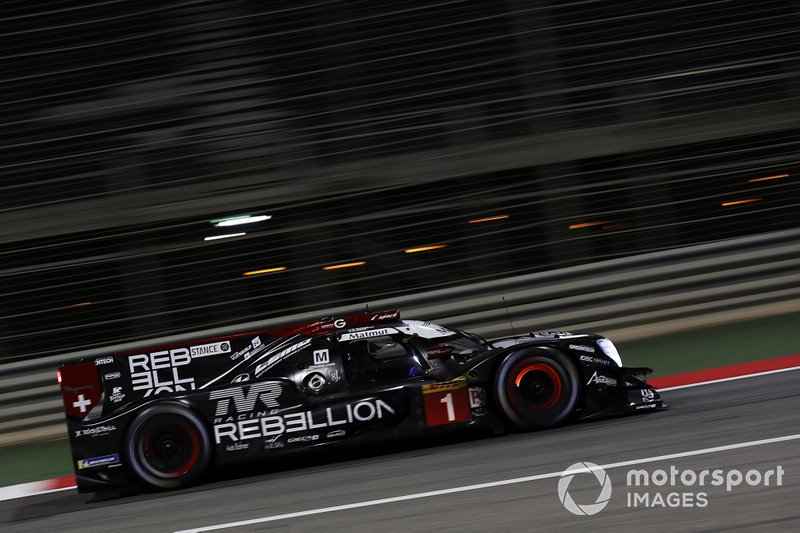 Reigning WEC champion Sebastien Buemi claimed that the Bahrain race went "from bad to worse" for him and his teammates in their bid to take the fight to the race-winning sister car.

The Swiss driver, Brendon Hartley and Kazuki Nakajima finished a lap down on winner Mike Conway, Kamui Kobayashi and Jose Maria Lopez after running into a sequence of problems through the eight hours.

Buemi was tagged by Paul di Resta in the United Autosports LMP2 car after he took to the run-off to avoid the clash between Senna and Robertson at Turn 2 on the first lap.

The incident resulted in a damaged nose, which though changed at the first pitstop had a knock-on effect through Buemi's initial double stint in the car.

"I drove with the damage, so I destroyed the tyres basically, which made the second stint on them really hard," he explained.

Nakajima subsequently had a minor clash with a GTE Am car, which damaged the tail section of the car and the underfloor.

Toyota gambled on putting Buemi on the soft-compound Michelin when he got back in the car in the fifth hour, but the tactic didn't work and he had to abort his stint after 15 laps.

"We were 1m15s behind, so we thought let's go for the softs," said Buemi. "We hoped it might work, but it didn't, so that was that.

"The race unfolded badly for us from 500 metres in; we had a bad day, but we still managed to finish second." 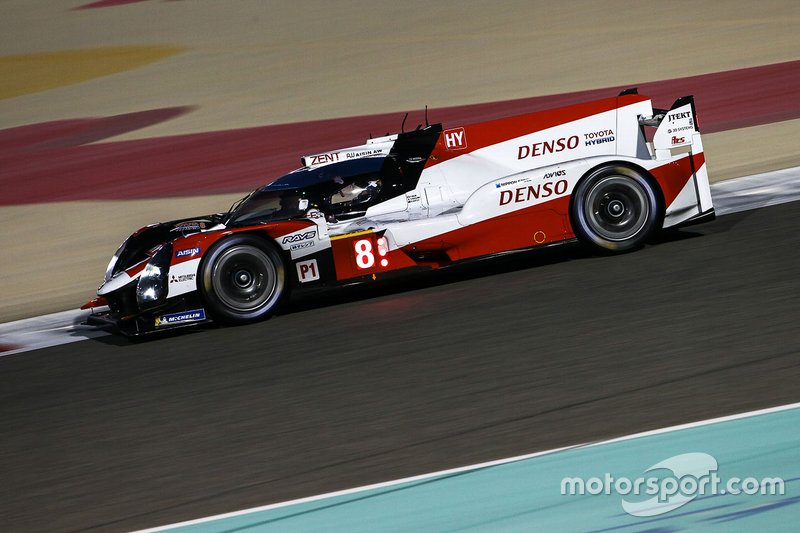