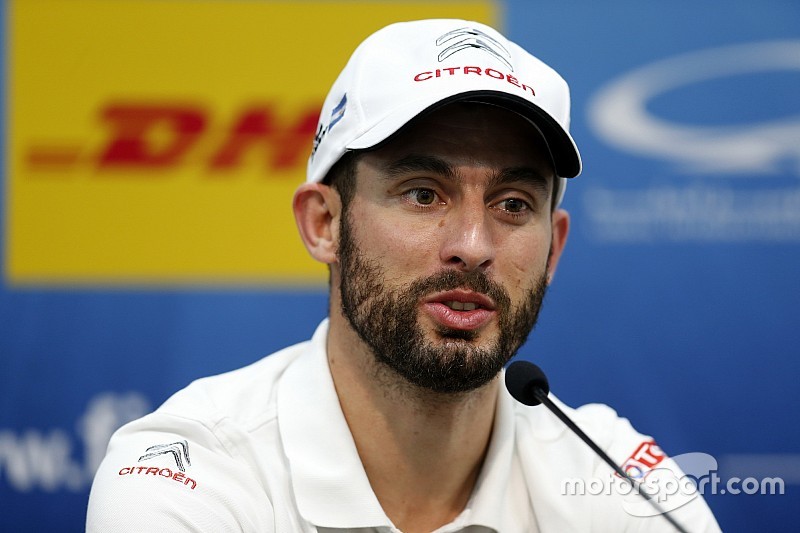 Toyota has confirmed Jose Maria Lopez will join its line-up for the 2017 WEC season, and that it will field three cars in this year's Le Mans 24 Hours.

Sebastien Buemi, Kazuki Nakajima and Anthony Davidson will continue for a third consecutive season in the sister entry.

Lopez’s signing comes after much speculation that he would move into endurance racing on a full-time basis following Citroen's exit from WTCC at the end of 2016.

The Argentinian has already tested several times for Toyota, and first expressed interest in contesting WEC and Le Mans back in 2015.

“It’s great to be part of Toyota Gazoo Racing," commented Lopez. "This is a dream come true for me and I can't wait to get to the first race.

“Mike and Kamui are both great teammates; I will learn plenty from them I am sure. Driving an LMP1 car is very different compared to WTCC cars, but I am enjoying this challenge.

"The power and grip of the TS050 Hybrid are incredible and Toyota's hybrid technology is impressive. I am looking forward to my first experience of WEC, and particularly Le Mans, which is a very special race.”

Along with Buemi, Lopez will run his WEC programme in parallel with a Formula E campaign with DS Virgin.

Both drivers currently face missing one of their commitments in July, when WEC and Formula E are set to clash with dates in New York and Nurburgring on the same weekend.

While Sarrazin has been dropped from Toyota's main two-car line-up, the experienced Frenchman has been retained to spearhead its third car, which will appear at Spa as well as Le Mans.

The expansion to a third car comes as the Japanese manufacturer ramps up its efforts to finally win at La Sarthe after its agonising near-miss last season.

Sarrazin's teammates have yet to be revealed, but Toyota junior Ryo Hirakawa is widely expected to be in the car, along with a likely more experienced third driver.

The team has previously tested Jean-Eric Vergne, Mathias Beche and Adrian Sutil, but none of these drivers are believed to be in the frame for a race seat.

Commenting on the expansion to three cars and Lopez’s signing, Toyota team President Toshio Sato said: “I believe this is an exciting time for Toyota Gazoo Racing in endurance racing.

"Entering three cars for Spa and Le Mans represents a new challenge for our team. We are working hard to be prepared and we are inspired to win.

"I would like to welcome Jose Maria to our team; I am confident he will fit in well as he is quick, intelligent and a strong team player.

"Our existing drivers have already proven their abilities in endurance racing; all are race winners and we are very happy to work together again.”

Toyota will conduct private testing this month before the official WEC Prologue test at Monza, where the team will officially launch the 2017 TS050 Hybrid on March 31.

WEC’s 2017 LMP2 class set to be dominated by Oreca