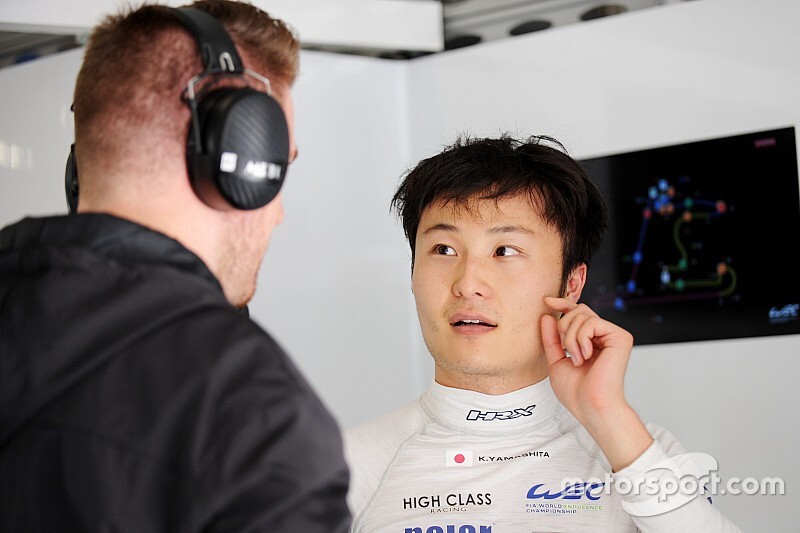 Toyota will use this weekend’s FIA World Endurance Championship rookie test in Bahrain to evaluate Kenta Yamashita for a seat with the factory team in 2020/21.

The Japanese manufacturer is believed to have been impressed by Yamashita’s performances in domestic competition this year, which included winning the SUPER GT title with Kazuya Oshima and scoring a maiden Super Formula race win at Okayama.

The 24-year-old also turned heads at Fuji when he propelled the High Class Racing Oreca to the lead in only his second race outing in the LMP2 class.

Following these successes, Toyota is keen to see how Yamashita copes with the demands of its TS050 Hybrid, and has pitted him against reserve driver Thomas Laurent and Formula 2 champion Nyck de Vries in the one-day test that succeeds the 8 Hours of Bahrain.

Toyota will analyse the data from the running to help determine the future career path for Yamashita, which could culminate in a race seat with the Cologne-based squad in WEC’s first hypercar season in 2020/21.

Such a move would require Toyota to rejig its line-up, but the Japanese manufacturer is believed to be willing to drop an existing driver to accommodate him in one of its two cars.

Should Yamashita get the nod, he will become the first Japanese driver from the Toyota stable to race in WEC’s premier class since Yuji Kunimoto joined Jose Maria Lopez and Nicolas Lapierre in a third TS050 Hybrid at Spa and Le Mans in 2017.

However, a sticking point could be Yamashita’s limited English language conversation skills, with Toyota stressing that it is of “high priority” in selecting drivers for its team.

Yamashita himself has admitted that his lack of familiarity with English language has proved to be a major hurdle at High Class Racing, and Toyota is expecting him to show significant improvement in this aspect over the coming months.

Speaking to Motorsport.com, Yamashita admitted: “My English is not good enough to communicate with the team [High Class] properly and it gave me a hard time.

“Sometimes I couldn’t find a suitable word when I wanted to explain my demands to the engineers and I also struggled to understand them if they speak fast. So, to understand and master English is an important target for the future.”

“I am confident about driving the [LMP1] car but, as I said, I worry about being able to communicate with the engineers in English.

“The team will judge my performance so I hope to show them my speed at least. I will do my best to earn a good judgement from the team.”

With WEC set to become Yamashita’s priority in 2020, the 24-year-old is unlikely to return to SUPER GT next year to defend his maiden crown.

The situation is complicated further by the fact that Yamashita’s squad Team LeMans has split with Toyota and therefore will not be on the GT500 grid next year.

Yamashita had previously been expected to contest a part-season in SUPER GT with the Racing Project Bandoh team in 2020, but it’s possible that Toyota protege Ritomo Miyata will step up to become Kunimoto’s full-time teammate in the car.

However, Yamashita will continue to race in Super Formula for Kondo Racing next year alongside his WEC commitments, following the same programme as fellow Toyota drivers Kamui Kobayashi and Kazuki Nakajima, who is likewise set to exit SUPER GT.

Qualifying and the full 8 Hours of Bahrain will be shown live on Motorsport.tv. Check times here.