Toyota has accused Rebellion driver Norman Nato of employing “very dangerous” tactics at the start of the Shanghai FIA World Endurance Championship round.

Polesitter Nato attracted criticism from Toyota technical director Pascal Vasselon and other drivers for not accelerating when the green signal was shown at the start of the race.

Instead, the Frenchman appeared to wait until just before crossing the start/finish line to accelerate, by which time he had already been passed by both Team LNT Ginettas, which took an early one-two, and the #7 Toyota TS050 Hybrid.

“What happened at the start was basically very dangerous,” Vasselon told Motorsport.com. “If the lead car doesn’t accelerate, you push all the cars into the LMP2 field.

“If the guy in front did not accelerate on purpose, it’s very serious. Imagine if all the LMP1s braked, and all the others accelerated, it’s very dangerous. This has to be investigated because it’s not the right the thing to do to lift or brake at the start.

“We were surprised about the penalty because we thought he [Nato] had a problem. It’s a new issue we have to look at. But it has clear safety implications.”

Kamui Kobayashi took the start in the #7 Toyota, which finished third behind the sister #8 car, and admitted he knew immediately he would get a penalty.

“I [knew] we shouldn’t overtake [Nato] until the line, but he didn’t accelerate at all,” the Japanese driver told Motorsport.com. “He was slowing down. I couldn’t slow down.

“It was green, that’s why we accelerate. Normally when it’s green, you need to accelerate. But he was nearly slowing down. We are a little bit confused.”

Charlie Robertson, who led much of the first stint in the #6 Ginetta after leapfrogging ahead of the Rebellion, admitted he was a “bit miffed” about the penalties picked up by he and his teammate in the sister Ginetta, Ben Hanley.

“The start was a bone of contention for us,” the Englishman told Motorsport.com. “I think Rebellion played their tactics quite well there.

“It is a rule that you can’t overtake before the line, but every race I’ve ever done I’ve gone on the green and just expected the leader to go. He didn’t go, which is something we know now and maybe something we can do in the future [ourselves].”

Nato: Only Buemi respected the rule

For his part, Nato argued that he was well within his rights to dictate the pace at the start of the race and highlighted that Sebastien Buemi in the #8 Toyota was the only other LMP1 driver to have followed the rules.

“There is a rule, and they just didn’t respect the rule,” the Frenchman told Motorsport.com. “Just because there is a green light, you don’t have to go flat out.

“The leader sets the pace and there is a white line, and until then you can’t overtake the leader. So I’m choosing what I want to do.

“The only one who respected the rule in the end was Buemi, he could have passed me as well but he knows the rules. He braked, stayed behind me and then he overtook me.” 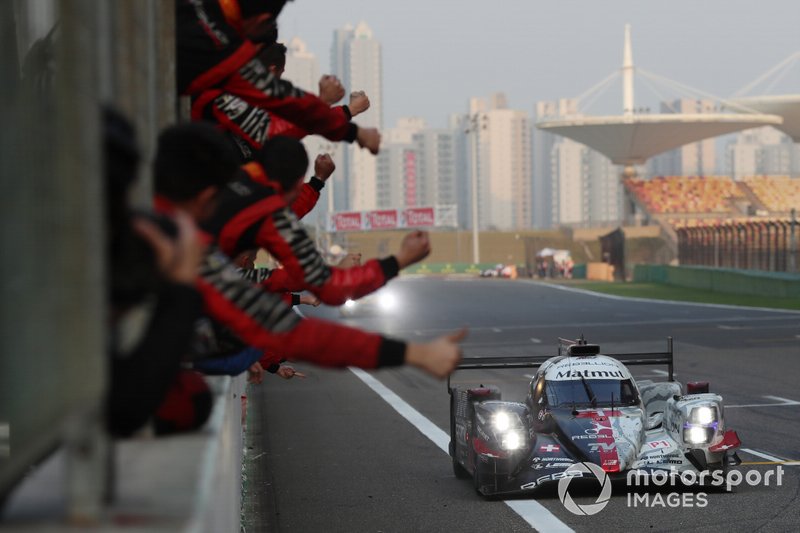