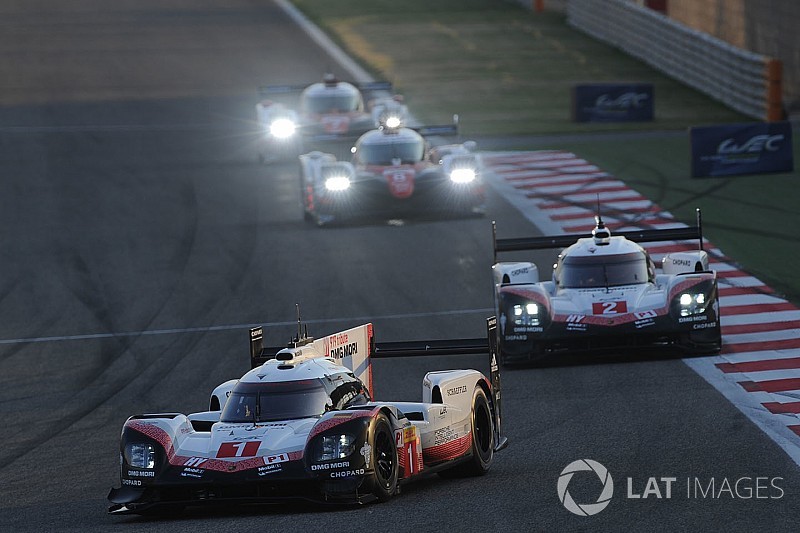 Toyota has claimed that it handed this year's FIA World Endurance Championship titles to Porsche.

Toyota Motorsport GmbH technical director Pascal Vasselon made the comment after the Japanese manufacturer claimed a fifth win of the season in last weekend's Bahrain finale.

The triumph for Sebastien Buemi, Kazuki Nakajima and Anthony Davidson means that Toyota outscored its LMP1 rival five-four over the nine WEC races in 2017.

"It’s satisfying because it was our target [to win more races than Porsche]," said Vasselon.

"It puts a different light on the season, because we have dominated on performance in six races out of nine and we managed to not win the championship.

"So basically I can say, we have lost the championship. Porsche did not really win it. But that’s life, that’s motorsport."

Vasselon explained that the problem that restricted the #8 Toyota TS050 Hybrid to eighth place at the Le Mans 24 Hours in June cost points runners-up Buemi and Nakajima the title.

"For car #8, we clearly lost it at Le Mans," he said, in reference to the hybrid system problems that resulted in a stay in the pits of nearly two hours.

"For the manufacturers' we have made too many mistakes. We could have had two one-twos in the last two races, but we had a couple of accidents."

The comment refers to the two incidents with GTE Pro class Porsches in the Bahrain and Shanghai rounds this month, both of which prevented the #7 Toyota from finishing second behind the sister car.

Davidson lost his chance of a second WEC title after he stood down from the Austin round in September for what were described as personal reasons and eventually finished third in the points.

Toyota's late surge came after the instigation of a development push on the TS050 Hybrid, which resulted in a flow new aerodynamic parts arriving from the the Fuji WEC round in October.