The points-leading #7 Toyota will be slowed to the tune of over three seconds per lap for next weekend's Sebring round of the FIA World Endurance Championship.

In the latest bulletin issued by the series, the Toyota TS050 Hybrid shared by Mike Conway, Jose Maria Lopez and Kamui Kobayashi has been handed a penalty worth 3.02s a lap for the Sebring 1000 Miles on March 20.

That compares with the 2.77s lap it was slowed by for last month's race at the Circuit of the Americas, where the #7 crew finished a distant third, two laps down on both the winning Rebellion R-13 and the sister #8 Toyota.

A five-point championship lead for Conway, Lopez and Kobayashi has translated into a success handicap gap of nearly half a second around the 6.019km Florida track, as the #8 Toyota of Sebastien Buemi, Kazuki Nakajima and Brendon Hartley will lose only 2.64s a lap.

Rebellion's victory at COTA narrowed the points deficit of the #1 crew of Gustavo Menezes, Bruno Senna and Norman Nato to 22, leading to a 1.36s penalty for the solo R-13.

That means the car will run at 877kg at Sebring, 30kg heavier than when Menezes, Senna and Nato scored their second win of the 2019/20 season at Austin.

Both Toyotas are already running at their maximum weight of 932kg, meaning their penalties are determined via restrictions on fuel flow, fuel allocation per stint and ERS usage.

Ginetta - returning to the LMP1 field after skipping the previous race at Austin - will run with no penalties as both of its entries are more than 40 points behind the lead Toyota.

It appears unlikely that Ginetta will be handed any handicaps for the remainder of the season given its lead car is already almost 100 points away from the championship lead.

The 'virtual car' rule that is part of the success handicap system means the penalties are calculated relative to a theoretical entry that is always 40 points behind the leading car.

Corvette Racing's hopes of a more competitive showing at Sebring in the GTE Pro class with its one-off entry have been boosted by the latest Balance of Performance for the class. 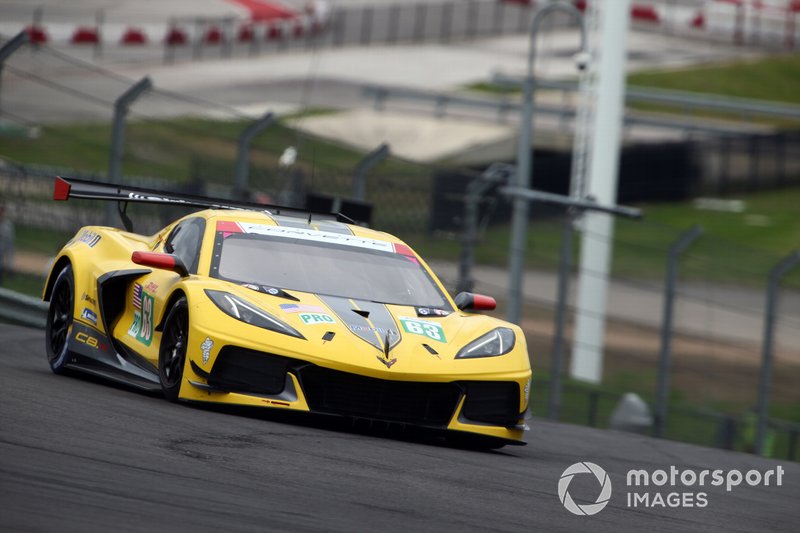 The C8.R, which was well off the pace during its first race outing in the WEC at Austin, has been given an air restrictor diameter increase of 1.5mm for the Florida race, effectively increasing its engine power. Its weight is unchanged compared to COTA at 1240kg.

Meanwhile, the Porsche 911 RSR-19 has been handed a 23kg weight penalty, partially offset by a small air restrictor increase of 0.5mm.

Both the Ferrari 488 GTE and Aston Martin Vantage GTE are running with an unchanged BoP for Sebring, while there are likewise no changes in GTE Am, in which the previous-generation Porsche 911 RSR competes.

Sebring 12 Hours is a go, WEC race under threat