Toyota is adamant that it will finally face a true challenge from the LMP1 privateers at next month's Shanghai round of the FIA World Endurance Championship.

The Japanese manufacturer believes that the new system of success handicaps will make it difficult for its TS050 Hybrid to maintain a run of WEC victories dating back to 2017's Fuji race, discounting its double disqualification at Silverstone last August.

The Toyotas will be further slowed in comparison to their privateer rivals, Rebellion Racing and the Team LNT Ginetta squad, at the Chinese event on November 10 after both its cars finished two laps clear of the field in last Sunday's Fuji round.

Toyota Motorsport GmbH technical director Pascal Vasselon told Motorsport.com: "Shanghai will be very difficult for us because we will get another step of success handicaps.

"In Shanghai, Rebellion should be strong challengers for pole and in the race as well."

"Sooner or later Rebellion and maybe Ginetta will be quicker than us," he said.

"We will go to Shanghai another step slower with the penalties, and at some point, if they don't make any mistakes, they are going to beat us. I think that could be in Shanghai."

Vasselon explained after the Fuji race that the reduction in the fuel allowed to the TS050 and hybrid energy that it can deploy is now making it hard for the Toyota drivers to overtake LMP2 machinery on the straights.

"We are at a level with the powertrain that is close to critical," he said. "Today we managed to pass the LMP2s, but [only] just."

The two Toyotas will be equally penalised in Shanghai after each notching up a win, a second place and a pole position in the two WEC rounds so far this season.

Penalties for each LMP1 are based on the gap in championship points to the lowest-placed car in the standings. Cars are penalised by a given amount of time per point, up to a maximum of 40, multiplied by the length of the track in kilometres.

The penalties for Shanghai have yet to be published, but the Toyotas should be penalised by 2.5s per lap, while the #1 Rebellion R-13, which finished third at Fuji in the hands of Bruno Senna, Norman Nato and Gustavo Menezes, should be slowed by one second.

The exact amounts will depend on the co-efficient used to make the calculations.

This was initially announced as 0.008s per point, but was increased to 0.012s after the gap between Toyota and the privateers proved bigger than expected at the Silverstone season opener in September.

Toyota's prediction that Rebellion would be in a position to fight with its cars at Fuji proved to be incorrect.

Vasselon expressed surprise at Rebellion's lack of pace, but the team explained that it was hamstrung by the warmer than usual temperatures at Fuji over the weekend.

The two tyre choices Michelin brought to Japan were a soft compound and Rebellion reckoned it would have been more competitive had the medium compound been available.

This was borne out by the pace of the solo R-13 in the final stages of the race as the temperatures dropped when Menezes matched the Toyotas. 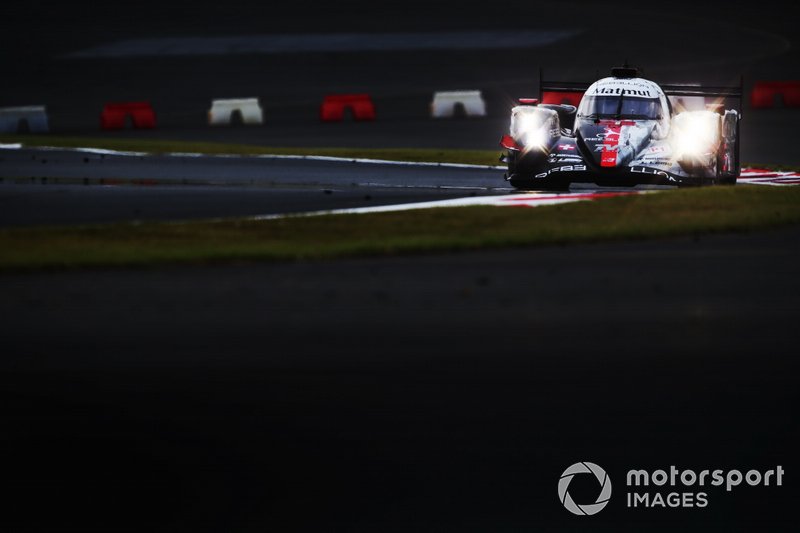