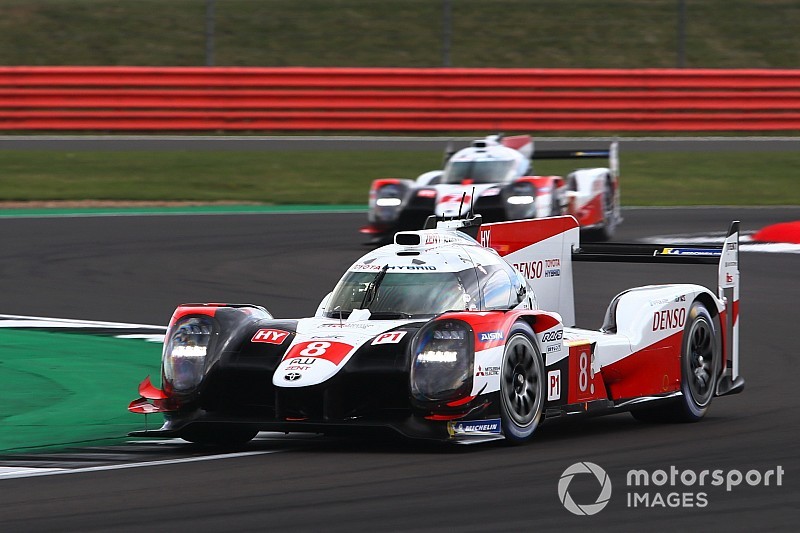 Toyota has revealed that it invoked team orders three times over the course of Sunday's opening round of the 2019/20 FIA World Endurance Championship season at Silverstone.

The Japanese manufacturer has explained that each time Kamui Kobayashi and Brendon Hartley swapped positions over two stints in the middle period of the Silverstone 4 Hours a call to cede position was made from the pitwall.

The final occasion just before the pair were due for driver changes determined the outcome of the race in favour of Kobayashi and teammates Mike Conway and Jose Maria Lopez in the #7 Toyota TS050 Hybrid.

Toyota Motorsport GmbH technical director Pascal Vasselon told Motorsport.com: "We have had three position swaps according to our usual agreement and processes.

"We observed the pace of the cars when they joined [closed up] and we have had to change position — it is the process we have to make sure the faster car is in front.

"One time Kamui caught Brendon in wet and then Brendon caught Kamui in the dry, but he could not pull away and we swapped back."

Kazuki Nakajima, who took over the #8 car he shares with Hartley and Sebastien Buemi, lost ground to Lopez initially but was able to close after the final round of pitstops.

Conway added: "We were trying to see if the [#8] car was any quicker, but it just didn't seem so. The gap was so close, they just wanted to see if someone was quicker.

"Jose's pace showed we could pull the gap at stages. Car #8 were stellar as always, and it will be like that to the end [of the season]."

Conway had led the early laps from pole position, before Buemi got ahead during the first round of pitstops when the two cars came in together and had to be manoeuvered into position in a crowded pitlane.

"We were so evenly-matched," said Hartley. "#7 lost out at the first pitstop being blocked in the pitlane, we lost time with the window wiper [coming loose].

"Both cars were so close; at the end we were just one-and-a-half, two seconds apart, but after four hours one car had to cross the line first, and it was the #7."

Rebellion back to one car for remaining 2019 races