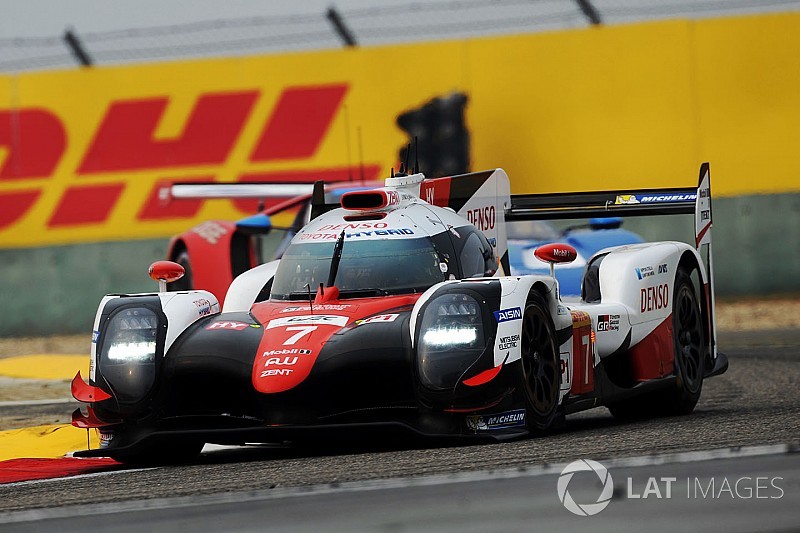 Toyota has restarted development of its TS050 Hybrid as it bids to finish the FIA World Endurance Championship season with more wins than Porsche.

The Japanese manufacturer has been able to put resources into the existing LMP1 car because it has no plans to produce a major update of the TS050 for the 2018/19 season should it recommit to the WEC.

Toyota Motorsport GmbH technical director Pascal Vasselon told Motorsport.com: "Usually at this time of year we are developing the car for next year, but when it became clear that we do not need next year's car, we were able to restart development for this year.

"We respect our base homologation, but there are option parts that can be developed a bit. All the constant-thickness parts like the drive plans, the vanes and the strakes, these can be developed."

Vasselon explained that the first updates had arrived in time for last month's Fuji WEC round, which was won by the #8 Toyota, and that there were further developments for Shanghai this weekend.

He said that the process was "ongoing" and that there would be more updates for the championship finale in Bahrain later this month.

Toyota scaled down development of a new version of the TS050 for next year in two stages, first when Porsche announced its withdrawal from LMP1 in July and then when it became clear that there would be no new factory team joining the WEC in the immediate future.

Vasselon revealed that Toyota's target for 2017 was now to outscore Porsche in terms of race victories.

"The gap in the [drivers'] championship is 39 points, so we need a retirement from the #2 Porsche, so it is not in our hands — but to win races is in our hands," he explained.

"Our target now is to win more races than Porsche, and we can still finish five-four. We can level it here [in Shanghai] and then the target will be to take the advantage at the last race in Bahrain."