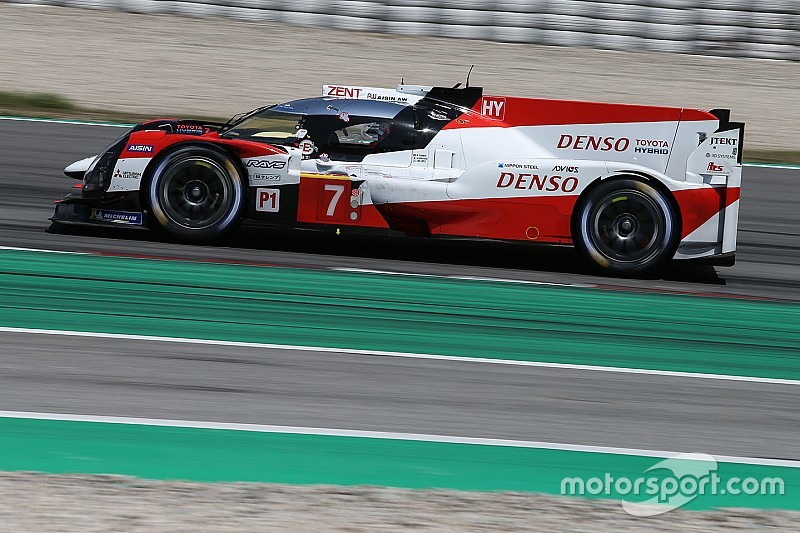 Toyota has been handed a weight penalty of 14kg ahead of this weekend's opening round of the 2019/20 FIA World Endurance Championship season at Silverstone.

The latest Equivalence of Technology (EoT) bulletin issued on Tuesday lists the minimum weight of the Toyota TS050 Hybrid at 932kg, up from the 918kg originally specified.

The 14kg increase mirrors the amount of extra weight handed to the Toyotas ahead of last month's Prologue test at Barcelona, where Rebellion and Ginetta both ended up within just over half a second of the pace-setting hybrid-powered cars.

A statement released by the FIA and the Automobile Club de l'Ouest said: "In light of data gathered in July in Barcelona, particularly regarding the hybrid cars, we decided to rework the EoT to ensure that we are leaning towards this broader target."

The statement added that further details of the LMP1 handicap system, one of several measures designed to close the gap between Toyota and the privateers, will be revealed this week ahead of the four-hour Silverstone race.

"We also introduced an LMP1 success ballast which is based on championship points and has been designed to create a thrilling championship, race after race," it said. "However, to implement work, we need a good EoT baseline.

"After careful examination, we decided that an adjustment of the baseline established for Barcelona was needed."