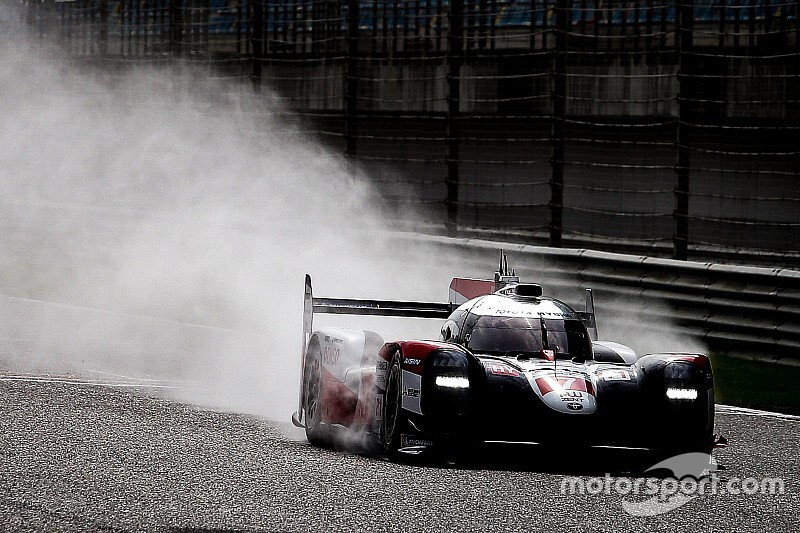 The 2019 SUPER GT champion posted a 1m44.075s in the second of the two sessions to end up just under half a second quicker than Toyota test and reserve driver Thomas Laurent.

Yamashita, who has been placed with the High Class LMP2 squad for the 2019/20 WEC season, completed 34 laps in the #7 Toyota TS050 Hybrid in the afternoon session of his first test run in an LMP1 car.

Laurent, who first got to test a TS050 at this year's Prologue test at Barcelona in July, posted a 1m44.514s after completing the same number of laps as Yamashita.

Mercedes Formula E driver Nyck de Vries, who was the official P1 rookie nominated by the WEC organisation after his performances in P2 with Racing Team Nederland, was just five hundredths slower than Laurent. The Dutchman posted a 1m44.561s in #8 Toyota on his first experience of a P1 car.

Toyota Motorsport GmbH technical director Pascal Vasselon told Motorsport.com: "All three of our rookies were very good today: they didn't put a wheel off the track and were all quick."

Vasselon stressed that it was unfair to make comparisons between the three drivers, pointing out that Yamashita was given two new sets of Michelin tyres compared with one each for Laurent and de Vries.

The best time of the test was a 1m43.264s set by Kamui Kobayashi in the afternoon.

Formula 2 and Haas F1 simulator driver Louis Deletraz posted a 1m45.217s in the Rebellion-R-13 on his first experience in a prototype.

The time he set over the course of a 43 laps compared with the 1m44.867s with which Rebellion regular Norman Nato topped the times in the rain-affected morning session.

European Le Mans Series LMP3 champion Mikkel Jensen was the fastest rookie in the LMP2 class, posting a 1m47.224s in the G-Drive Racing team's Oreca 07 in the afternoon.

Jensen was officially nominated as the WEC's P2 rookie to drive the Signatech Alpine Oreca, in which he set a best time of 1m48.515s.

Second-fastest rookie in the class was Super Formula driver Harrison Newey, who posted a 1m47.829s in the TDS-run Racing Team Nederland Oreca, followed by Charles Milesi who was half a second slower in the same car.

Long-time Corvette Racing man Jan Magnussen was 10th overall with a best time of 1m50.568s in the High Class Oreca set in the morning. Roberto Merhi propped up the order for G-Drive with a 1m52.361s, also in the first session.

The fastest newcomer in GTE was Aston Martin junior Andrew Watson in the British manufacturer's #95 Vantage GTE. The Gulf Racing regular posted a 1m57.139s in the afternoon session to get within 0.409s of Porsche driver Gianmaria Bruni's class-topping effort.

Nicklas Nielsen, who races for AF Corse in GTE Am, was fastest Ferrari driver with a best time of 1m57.772s in the best of the 488 GTEs.

WEC and ELMS LMP2 regular Job van Uitert was ninth-fastest aboard the #92 Porsche 911 RSR. The Dutchman set a 1m58.731s in the morning session over the course of 28 laps before returning to the car for a short run in the afternoon.

The designated rookie for GTE Am, Vincent Abril, was second best of the newcomers for that class behind American driver Maxwell Root, both driving a Team Project 1 Porsche.