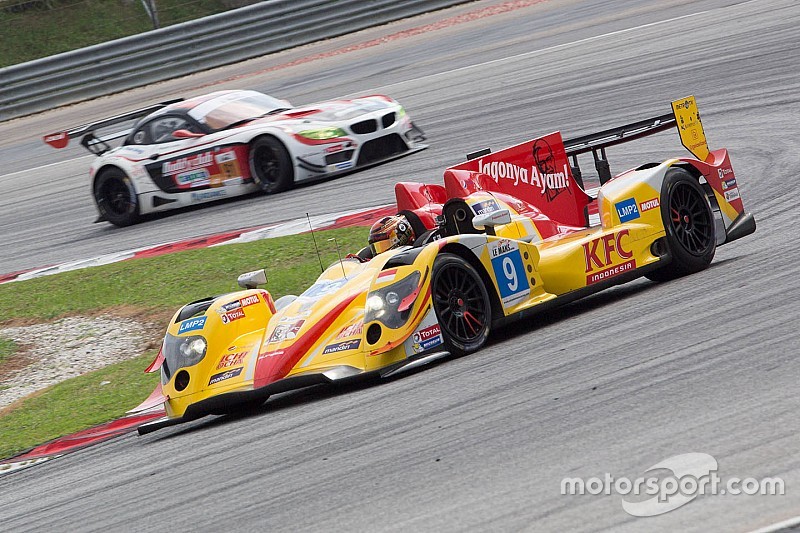 The trio will take over the machine previously driven by Scott Sharp, Ed Brown and Johannes van Overbeek, and the car will switch from Tequila Patron branding to Jagonya Ayam colours – the Indonesian variant of KFC.

“Jagonya Ayam expressed interest in getting a taste of a P2 program, and we already had the car, crew and full season entry,” said ESM team boss Sharp.

Van der Garde joined the sportscar racing scene this year with G-Drive in the European Le Mans Series – including a run in the 24 Hours of Le Mans.

Gelael and Giovinazzi have raced together in the Asian Le Mans Series, the duo sharing two race wins last season.

Giovinazzi is second in the GP2 Series standings, 10 points behind Prema teammate Pierre Gasly with two race weekends remaining, neither of which clash with the WEC.

“We are really proud to be part of this program with a professional team such as Tequila Patron ESM,” said Jagonya Ayam sporting manager Francesco Principe.

“The cars look competitive and we are confident our line-up will do their best during each session.”